Parental stress in the NICU; effect of parental presence on rounds. 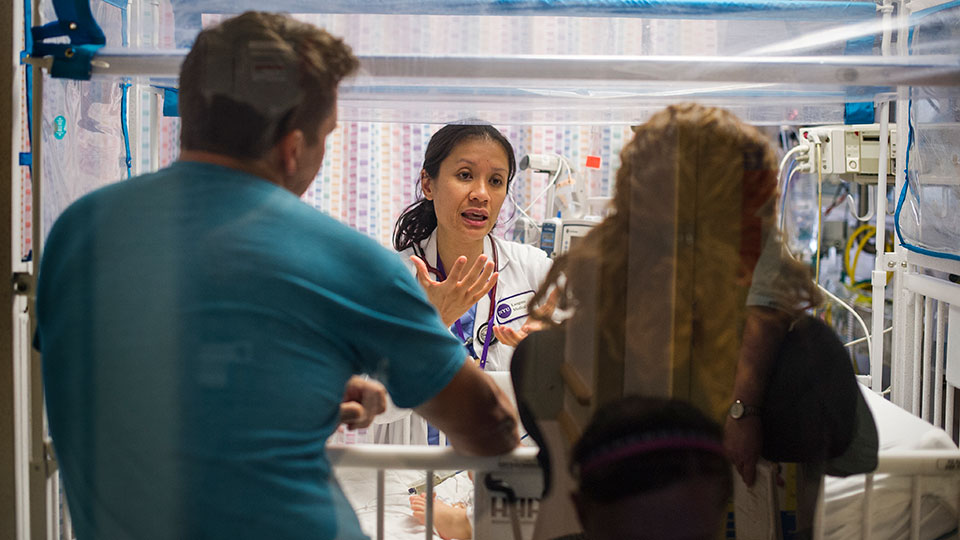 To many of you the answer is a resounding yes in that it reduces stress.  Why is that though?  Is it because you have had a personal experience that has been favourable, it is the practice in your unit or it just seems to make sense?  It might come as a surprise to you who have followed this blog for some time that I would even ask the question but a social media friend of mine Stefan Johansson who runs 99NICU sent an article my way on this topic. Having participated in the FiCare study I realised that  I have a bias in this area but was intrigued by the title of the paper.  The study is Parental presence on neonatal intensive care unit clinical bedside rounds: randomised trial and focus group discussion by Abdel-Latif ME et al from New Zealand and was performed due to the lack of any RCTs on the subject specifically in the NICU. 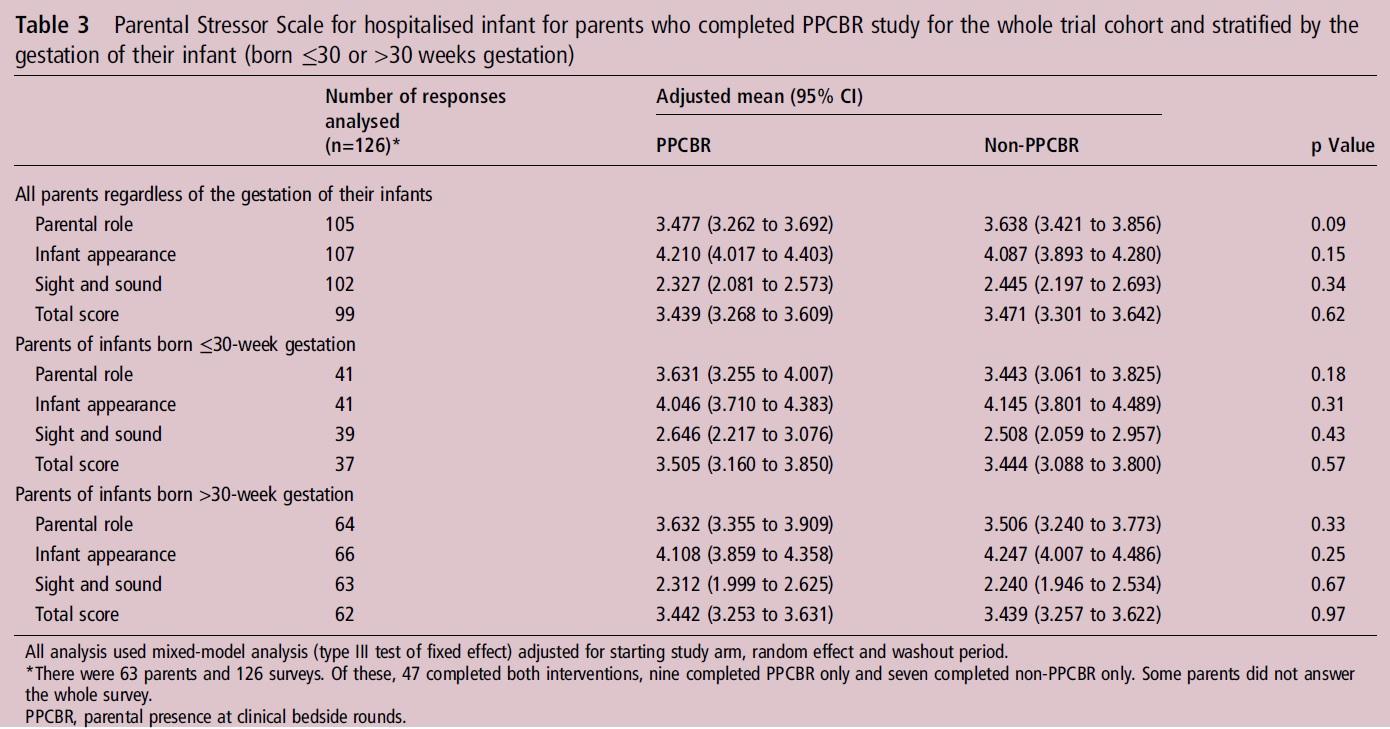 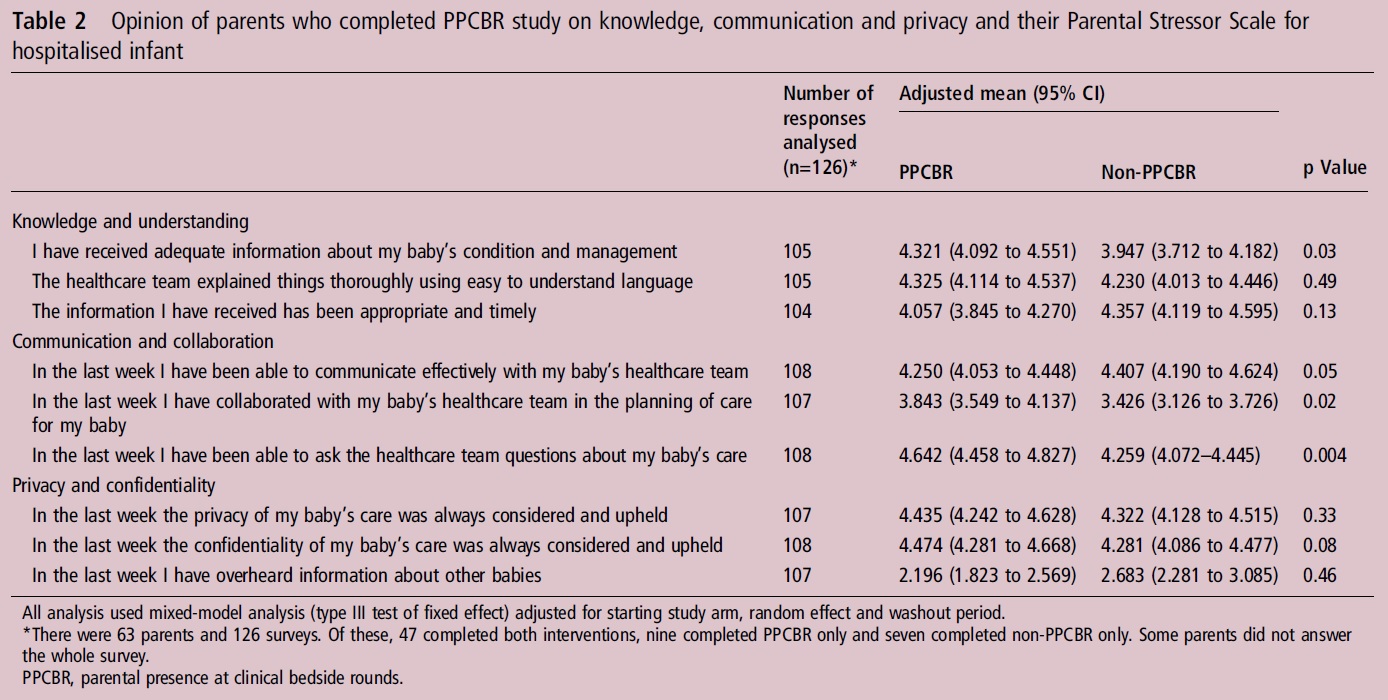