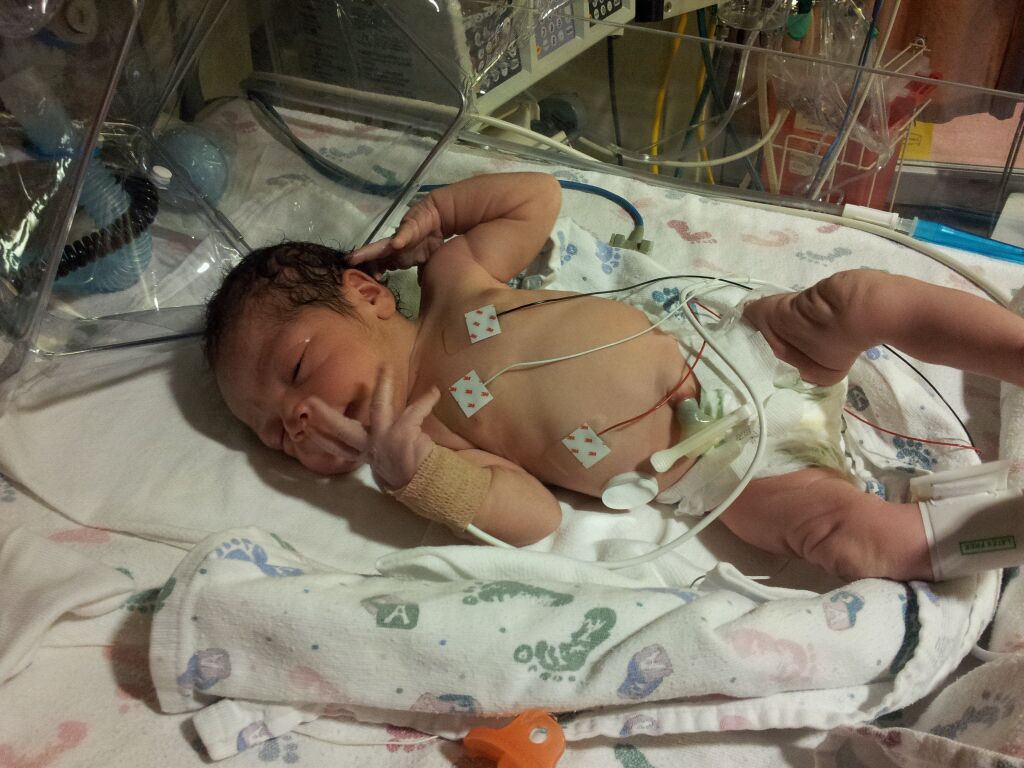 The literature over the last few years has ballooned with reports of adverse outcomes related to antibiotic overuse. The most common adverse outcome noted on the worldwide stage is that of antimicrobial resistance and the so-called “superbugs” but in the NICU a whole host of other outcomes have been noted. Prolonging antibiotics beyond the first couple days of life has led to changes in the microbiome towards more pathogenic bacteria in the NICU. This shift has been accompanied by a rise in the rate of necrotizing enterocolitis in such units as well as many outcomes including some which affect us as adults such as asthma, which has been discussed on my Facebook page before.

This month a colleague with a particular interest in this story forwarded our team the following paper. Prolonged Early Antibiotic Use and Bronchopulmonary Dysplasia in Very Low Birth Weight Infants by Novitsky et al. What this retrospective study demonstrated (comparing 747 infants treated for less than 48 hours to 159 treated beyond) was that the prolongation of antibiotics beyond the first 48 hours was associated with increased propensity to develop BPD. This finding remained true even when factoring in other risks for such outcomes including gestational age, maternal antibiotics, inborn status, clinical chorioamnionitis, prolonged rupture of membranes, preeclampsia, cesarean delivery, Apgar at 5 minutes, SNAP score, and mechanical ventilation. Curiously it is not just the initial course that is of concern but ongoing exposure as well. “After adding total cumulative hospital course antibiotic days, the odds of BPD remained increased with > 48 hours of antibiotic coverage in the 1st week. Furthermore, for every additional day of antibiotic coverage after the 1st week of life, there was an increased odds of developing BPD (OR, 1.16 per antibiotic day, 95% CI, 1.11–1.2). “

Prolonging antibiotics has another downstream consequence of increasing the rates of endotracheal tube colonization with bacteria to the tune of 38 vs. 16%. Additionally there was a shift in endotracheal tube culture patterns towards the emergence of resistant gram negative organisms (7% vs. 2%) if prolonged treatment up to 7 days was chosen. As has been shown in other studies rates of NEC were increased as well which should be no surprise based on previous similar work.

Wanting To Be Safe And Do The Right Thing

Once bitten twice shy as the saying goes. Any clinician who has missed an episode of sepsis in a newborn after not starting antibiotics is no doubt scarred to some degree. I have no doubt that all of us wish to do the right thing and protect the infants in our care when risk factors for sepsis indicate to us that there is a higher likelihood of sepsis being present. Looking at this study one can see the following risks were indeed more prevalent in the group treated beyond 48 hours.

From the table I think we can agree that these infants were smaller and potentially sicker which likely motivated those clinicians to try and “do the right thing” even if cultures were negative. In this paper they defined sepsis as a positive culture and the presence of signs suggestive of sepsis, which avoids any confusion, related to such subjective classification as “possible or probable” sepsis where the clinical picture is suggestive but the culture negative. Despite a perceived increase in risk of sepsis after birth how accurate were clinicians? Early and Late Onset Sepsis Rates 14% in the < 48 hr and 16% in the > 48 hour group. Not significant at all.

The Cost of Fear

What is significant is the consequence of fear that motivates such decisions in the face of negative blood cultures. There is no difference in our ability to predict, yet doing so increases the risk of recovering bacteria from the endotracheal tube and more so resistant ones. The likelihood of obtaining bacterial growth in the endotracheal tube is more than doubled; NEC increased 2.5 times, gram-negative resistance tripled and the odds of developing BPD approximately doubled with an increasing tendency to this outcome simply by prolonging antibiotics. The cost of fear is that we trade our poor ability to truly predict sepsis with significant adverse risk that impacts the infant not only during their stay but long after they leave the NICU.

It is human nature to wish to do no harm. In order to truly achieve this we have to quell our need to “feel good” by knowing we have covered for sepsis and replace this with the fear of causing serious harm from such action. The decision to prolong the antibiotic course is the easy route as we go home comfortable that the baby is “covered” in case we are wrong. It makes us feel better but at significant cost. Only by changing our perspective of what constitutes harm will we ever move forward in this fight to change practice. Are you prepared to do it?