How do newborns with in-utero substance exposure really do in the long run? 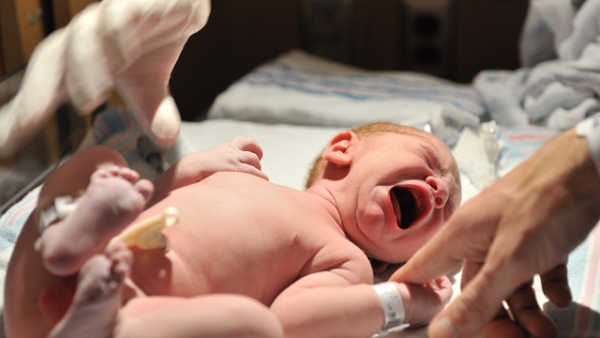 In medical school you learn about the concepts of primordial, primary, secondary and tertiary prevention which can be explained in the following figure.

Simply put, from an impact standpoint you are far better to try to target the condition of interest with strategies to prevent the condition from happening than minimizing consequences once the condition is present in the patient.

As I wrote in another piece on Neonatal Abstinence recently we are experiencing an epidemic in mothers using opioids during pregnancy whether they be prescribed or obtained for recreational use.  The US and Canada have taken great strides to enact preventative strategies to minimize exposure by introducing prescription tracking methods to monitor how often people are seeking these medications and identify those who are “doctor shopping”.  While this should help deal with excessive use and furthermore curtail the selling to others who cannot be tracked, it still falls short of preventing people from using them in the first place.

We have the means to deal with the infants of these pregnancies but as mentioned in the other related piece, the number of hospital days and costs to the health care system have become staggering over time so clearly this is not the best option as we are focusing on tertiary prevention by treating the infants.

What inspired me to write this post was a publication entitled  “Longitudinal cognitive development of children born to mothers with opioid and polysubstance abuse” by Nygaard E et al.

While long-term outcome studies on cocaine and alcohol as an example exist and show exposure in pregnancy can have both teratogenic and developmental affects, the impact of opioids in the long run has been less well-defined and limited to shorter lengths of outcome.  An example of the effects of cocaine can be found here

Furthermore what is the impact of opioids in the presence of polysubstance use?

In the present study, the results are fairly alarming

Seventy two children with opioid and polysubstance exposure during fetal development were compared to 58 children without such exposure.  Matching known risk factors for adverse outcome including such things as SES, placement in foster care was done.  The results at 4 years showed similar results to other studies in that the groups exposed to the substances had lower cognitive functioning that the unexposed group with a mean difference of 10.5 IQ points at 4 years of age.  What was striking though is that when the group was retested at 8.5 years of age, the gap had widened with a mean difference of 20.6 IQ points.  Further analysis revealed that in fact the boys in the group had not deteriorated but it was the girls in this case that explained the difference with a mean difference of 14.4 IQ points.

The girls in this cohort showed substantial decline in cognitive abilities compared to the unexposed females.

This is the first study to show such cognitive decline over time especially in a female population.  The reasons for this decline are speculative at best but may be related to different social functioning for females and males in foster care or other environments compared to males.  Whatever the case, the exposure prenatally seems to have long-lasting consequences which become worse over time.  In fairness I should mention that this is a small study and therefore open to risk of not representing what a larger cohort may show but the trend is certainly in keeping with other literature before it.

Coming back to the start of this piece, this publication serves as a strong reminder that if we wish to make a big difference to the greatest number of children we need to focus our efforts not on the problem in our NICUs but before the pregnancy occurs in the first place.  Once the pregnancy has occurred public health campaigns could help educate women on the potential harm from using other substances when using opioids.  An educational strategy is not doubt the way to go as the admission to the NICU is really the tip of the iceberg.  The real cost is downstream and pertains to the societal impact, loss of function and dependency on the health care system for the rest of their lives.  Lastly the children of these affected pregnancies themselves are at higher risk of repeating the cycle again enforcing the point that the time to do something is now using primordial and primary prevention.