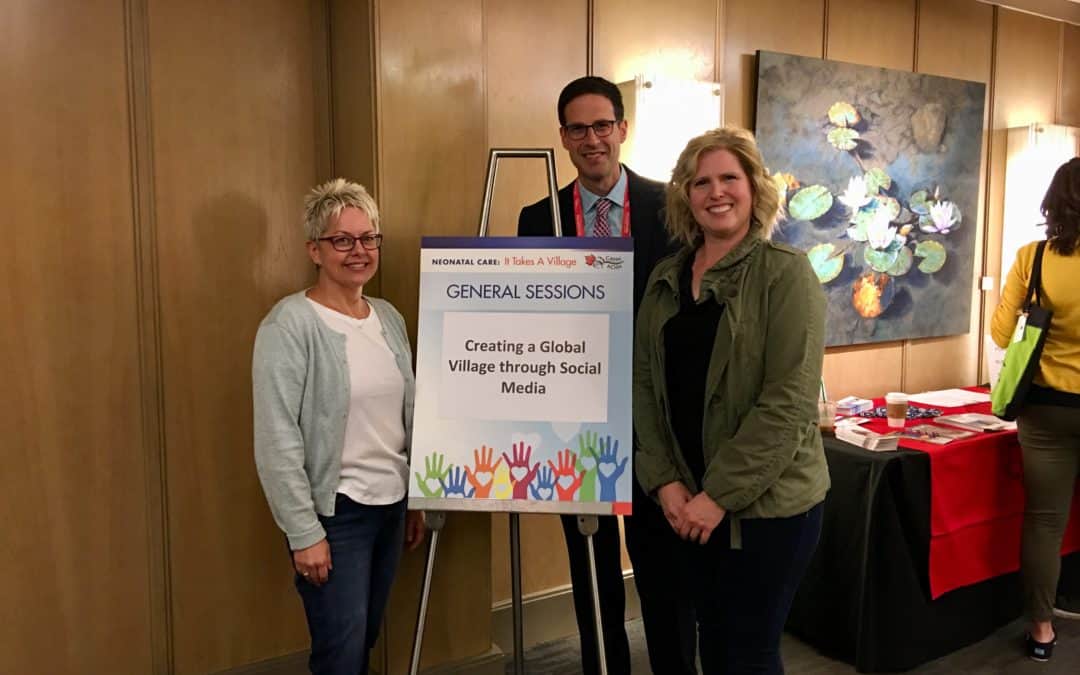 Rather excited this week as Biomed Central picked up a blog post that I wrote on social media.  The post is found here.  It is based though on a larger version that I have included below and really delves into the impact of social media and how one uses it.  A big thank you to Kristy Wittmeier for all of her help in writing the post.

I read with great interest the article by Campbell et al entitled Social media use by physicians: a qualitative study of the new frontier of medicine.  The study interviewed 17 physician users of social media of which only one writer of a blog responded, but then declined to participate.  The four themes that emerged of Rugged Individualism, Uncertainty, Social Media as Media and Time Constraints certainly resonate with me as a blogger who also happens to be a Pediatrician but more specifically a Neonatologist.  The first theme truly resonates with me as I think back over the journey that has taken me to where I am now.  We in the medical social media world are certainly learning as we go.  Without clear paths drawn for us we explore and contemplate how we will make a positive difference far beyond the reach of the typical physician in a clinic, hospital or local community.  The commentary that follows explores the journey that I have taken with social media; engaging in largely unpaid work to bring information to others using these forums.

My own story as a Neonatal Blogger began in 2015 when my Minecraft-obsessed son asked me to help him start a blog about Minecraft.

Two very poorly read posts started my foray into blogging using WordPress as my blogging forum.  Around the same time, our family acquired a puppy and despite our best efforts over the next 18 months this new addition woke me between 4 – 5 AM daily.  After being awoken one morning at 4 AM I read an article on NICU size as it relates to outcomes and had a marked reaction to the conclusions of the paper.  On a whim on this early February morning, I chose to set up my own blog site, and All Things Neonatal was born.  I would like to say that there was a master plan at the inception but it was due to a visceral reaction to a paper perhaps enhanced by irritability and fatigue that led to me choosing to put my thoughts out there. And I was hooked. A year and a half later, I have produced a total of 139 publications on the site.

Knowing the benefit that I have received, and hopefully also imparted by engaging in social media as a healthcare professional has sparked my interest in encouraging others to consider doing the same. And for those interested in going beyond considering to doing, I would like to share some key learnings from my journey to inform yours.  To establish yourself in the realm of social media you need to utilize more than one platform, obtain your content in a time efficient manner and do not let your voice stay silent for too long.

When you begin blogging you come to realize that the method has its limitations in terms of reach.  As the paper suggests, the polling of social media users identifies multiple potential websites for both collecting and disseminating information (Facebook, Twitter, Tumblr, Linkedin, Google+ as examples).  Using them in combination can far enhance your reach. At the time of this writing the number of people who “follow” me on each site is quite disparate with Facebook by far leading the way in distribution power.

Also in the article, concern is raised over the lack of feedback for social media users as it pertains to to data on interaction with their postings. With Facebook one cannot determine what was done with your post but on twitter there is some further delineation as one receives a tally of impressions, engagements and link clicks. When it comes to real metrics though, this is where the actual blogging site provides more useful data. I recommend embracing metrics, not only to understand your reach but perhaps just as importantly to give you the drive to continue your writings.  My most popular post, has received 5117 reads, meaning that this many took the time to open my blog post to hear what I had to say on the subject. If you were to share your thoughts on an article with colleagues via email, post a new guideline in an office or clinic or publish an article in a journal, how many people would actually see it?  The same information, if cited in a blog post and shared through Facebook can see a dramatic rise in exposure, along with your interpretation of the work.  The aforementioned post for example has had a reach on Facebook of 50934 people to date and was shared 58 times multiplying the distribution many fold.  If you published a journal article and were notified of such circulation I suspect you would be jubilant.

One of the greatest benefits to my own practice has been the necessity of using a wide net to capture potentially interesting content for my readers.  This habit facilitates the necessary practice of continuous learning through collecting articles from such sources as weekly automated pubmed searches, and various Child Health news websites. With time as your audience builds, postings on your own sites, tags on Facebook or mentions on Twitter draw your attention to content which your followers believe may be of interest to you.  Remember in most circumstances you are not being paid for these efforts and in between managing the rest of your workday and balancing the demands of a personal life this aspect of your life needs to be done in a very time efficient manner.

Do Not Let Your Voice Stay Silent For Too Long

If you want people to pay attention to what you are adding to the pool of knowledge, deposits must occur frequently.  Your followers are far more likely to mention you on various social media sites if they know you are likely to see and occasionally respond to their posts.  Without such a presence, the mentions, likes and shares slow, as will your growth and relevance in the social media world.  Future research should determine what the optimal frequency of posts to maximize reach would be.  I have long suspected that excessive posting may have the effect of diluting the important messages while posting too infrequently means you may be quickly forgotten.  Individuals must find the balance that works for them to keep their audience engaged while maintaining their motivation to continue the practice.

What Really Motivates Those Who Participate in Social Media?

I believe the motivation lies in the three qualities described by Malcolm Gladwell in his book The Tipping Point.

He described three types of people that are needed for something to go from an idea to widespread adoption; connectors, mavens and salesmen.  The doctors out there on social media likely have a little bit of all these characteristics.  Gladwell said this about connectors; “They are people who “link us up with the world…people with a special gift for bringing the world together”.  With respect to mavens he characterized them as having the ability to “start “word-of-mouth epidemics” due to their knowledge, social skills, and ability to communicate”.  Lastly, salesmen in his view are “persuaders”.  These three traits aptly describe those that have waded into this field.  They must have the confidence to put their message out there with content that captures people’s attention and certainly have the goal of persuading people that it is worth considering what they have to say.  The fundamental drive though comes from a place of harnessing these traits to help people.  Whether writing original content or sharing what others have produced, the social media physician’s goal is generally pure and that is to share knowledge and generate discussion.  For example, if you have a new strategy for reducing infection, the active social media physician would ask “why not share this with the world” rather than limit it to your institution or city.

This frontier like field though does come with some caveats before you dip your feet into the collective pool of the various media sites.  As opposed to the more traditional medium of peer reviewed publications there is no one to assess your content prior to its release.  You are your own editor and therefore may miss the mark from time to time by missing a relevant publication that might influence your conclusions.  You must be prepared for the good and the bad.  One can easily appreciate the positive comments that often come but not all posts will be “home runs” and on some occasions the feedback (which will be public) may not be what you had hoped for.  You must constantly reflect on your own potential biases yet strive to improve base of knowledge; adding more ‘signal’ than ‘noise’. Respect for patient confidentiality is paramount and within Canada and elsewhere.  Organizations such as the Canadian Medical Association have set guidelines for conduct in this space that should be adhered to. [Ref 3] This new frontier for the Rugged Individualist is therefore not for the faint of heart.  It does however bring the world closer together and provide one with a post-publication form of peer review.  Once you enter into the fray it may surprise you how much information is in fact out there, that now flows to you through global connections.  It is an evolving form of communication and one that I am happy to part of. In fact, I am a better neonatologist for it. Is it right for you?