Has permissive hypercapnia failed to deliver? 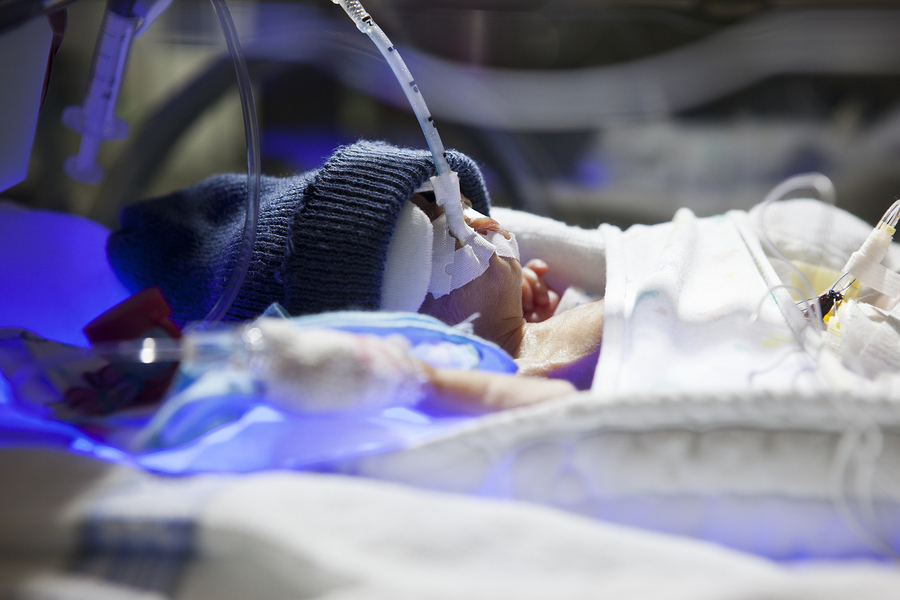 Positive pressure ventilation puts infants at risk of developing chronic lung disease (CLD). Chronic lung disease in turn has been linked many times over, as a risk for long term impacts on development.  So if one could reduce the amount of positive pressure breaths administered to a neonate over the course of their hospital stay, that should reduce the risk of CLD and by extension developmental impairment.  At least that is the theory.  Around the start of my career in Neonatology one publication that carried a lot of weight in academic circles was the Randomized Trial of Permissive Hypercapnia in Preterm Infants which randomized 49 surfactant treated infants to either a low (35-45) or high (45-55) PCO2 target with the thought being that allowing for a higher pCO2 should mean that lower settings can be used.  Lower settings on a ventilator would lead to less lung damage and therefore less CLD and in turn better outcomes.  The study in question did show that the primary outcome was indeed different with almost a 75% reduction in days of ventilation and with that the era of permissive hypercapnia was born.

The Cochrane Weigh in

In 2001 a systematic review including this and another study concluded that there was insufficient evidence to support the strategy in terms of a benefit to death or chronic lung disease. Despite this lack of evidence and a recommendation from the Cochrane group that permissive hypercapnia be used only in the context of well designed trials the practice persisted and does so to this day in many places.  A little lost in this discussion is that while the end point above was not different there may still be a benefit of shorter term ventilation.

It would be unwise to ignore at this point that the babies of the late 90s are different that the ones in the current era.  Surfactant and antenatal steroid use are much more prevalent now.  Ventilation strategies have shifted to volume as opposed to pressure modes in many centres with a shift to early use of modalities such as high frequency ventilation to spare infants the potential harm of either baro or volutrauma.  Back in 2015 the results of the PHELBI trial were reported Permissive hypercapnia in extremely low birthweight infants (PHELBI): a randomised controlled multicentre trial. This large trial of 359 patients randomized to a high or low target pCO2 again failed to show any difference in outcomes in terms of the big ones “death or BPD, mortality alone, ROP, or severe IVH”.  What was interesting about this study was that they did not pick one unified target for pCO2 but rather set different targets as time went on reflecting that with time HCO3 rises so what matters more is maintaining a minimum pH rather than targeting a pCO2 alone which als0 reflects at least our own centre’s practice. There is a fly in the ointment here though and that is that the control group has a fault (at least in my eyes)

In the original studies of permissive hypercapnia the comparison was of a persistent attempt to keep normal pCO2 vs allowing the pCO2 to drift higher.  Although I may get some argument on this point, what was done in this study was to compare two permissive hypercapnia ranges to each other.  If it is generally accepted that a normal pCO2 is 35-45 mmHg then none of these ranges in the low target were that at all.

How did these babies do in the long run?

The two year follow-up for this study was published in the last month; Neurodevelopmental outcomes of extremely low birthweight infants randomised to different PCO2 targets: the PHELBI follow-up study. At the risk of sounding repetitive the results of Bayley III developmental testing found no benefit to developmental outcome.  So what can we say?  There is no difference between two strategies of permissive hypercapnia with one using a higher and the other a lower threshold for pCO2.  It doesn’t however address the issue well of whether targeting a normal pCO2 is better or worse although the authors conclude that it is the short term outcomes of shorter number of days on ventilation that may matter the most.

The Truth is Out There

I want to believe that permissive hypercapnia makes a difference.  I have been using the strategy for 15 or so years already and I would like to think it wasn’t poor strategy.  I continue to think it makes sense but have to admit that the impact for the average baby is likely not what it once was.  Except for the smallest of infants many babies these days born at 27 or more weeks of gestation due to the benefits of antenatal steroids, surfactant and modern ventilation techniques spend few hours to days on the ventilator.  Meanwhile the number of factors such chorioamniotitis, early and late onset sepsis and genetic predisposition affect the risks for CLD to a great degree in the modern era.  Not that they weren’t at play before but their influence in a period of more gentle ventilation may have a greater impact now.  That so many factors contribute to the development of CLD the actual effect of permissive hypercapnia may in fact not be what it once was.

What is not disputed though is that the amount of time on a ventilator when needed is less when the strategy is used.  Let us not discount the impact of that benefit as ask any parent if that outcome is of importance to them and you will have your answer.

So has permissive hypercapnia failed to deliver?  The answer in terms of the long term outcomes that hospitals use to benchmark against one and other may be yes.  The answer from the perspective of the baby and family and at least this Neonatologist is no.