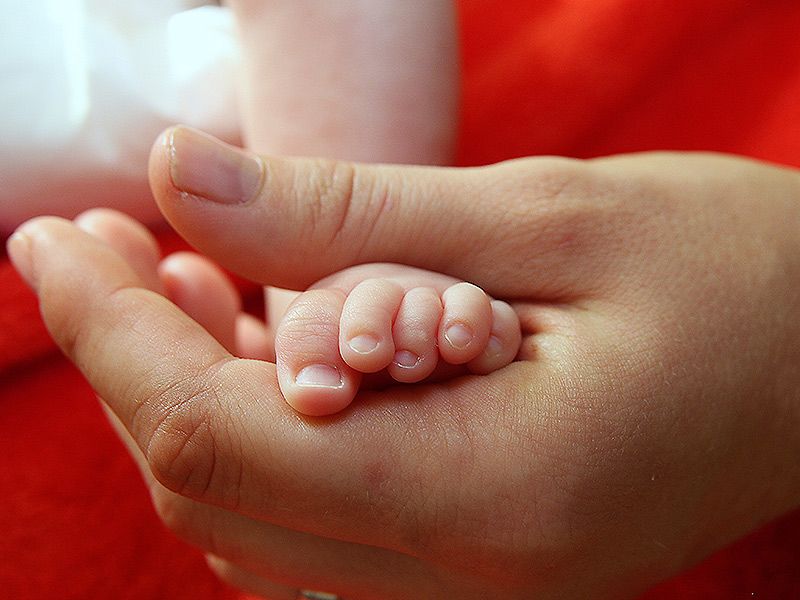 Sucrose given to newborns prior to anticipated painful procedures has been used for many years now.  The pooled evidence as presented by the Cochrane Database of Systematic Reviews concludes that “Sucrose is safe and effective for reducing procedural pain from single painful events (heel lance, venepuncture).”  As care providers for newborns in an Intensive care setting we have become accustomed to providing this sugar to infants prior to such procedures and there is no question that we note the benefit in both subjective assessment of pain and when using more objective scoring systems.

It is for this reason that I read with great interest the article by Gray L et al Pediatrics entitled Sucrose and Warmth for Analgesia in Healthy Newborns: An RCT.   The study included 29 infants roughly half of which were randomized to sucrose 1 mL/kg of a 25% solution (Sweet-Ease) and the other to the same solution plus placement on an overhead warmer prior to Hepatitis B immunization.  The results demonstrated a reduction in crying with both interventions compared to the sucrose alone as shown in the following figure. 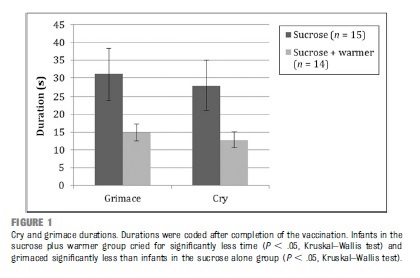 An additional finding was that of a dampening of heart rate acceleration if the infant received warmth as well.  There is no question that the combination of warmth and sucrose is superior to providing sucrose alone but is the study relevant today?

The infants in this paper were recruited in 2008 at a time when we as a profession were not as accustomed to Kangaroo Care or Skin to Skin care as it is also known.  In the study the overhead warmer was used as a substitute for Skin to Skin care but in 2016 would we do this?  Perhaps if the mother was unavailable but certainly not if we could put the infant against the mother’s chest and provide sucrose.  While the study has its merits I think it fails a critical test in order to apply it in our own practice.  The question must always be asked no matter what the size of an effect “Can the results of the study be applied to my patient population?”

I fear in this case the answer is no for most of our infants.  The paper serves as a good reminder that while results of a study may be valid, they might just not be useful in your own practice.

Future questions though that come to mind are whether sucrose analgesia may be useful in older children at 2,4 and 6 months.  Previous research has demonstrated that while fever may be effectively treated with prophylactic antipyretics the additional finding is that of reduced antibody production to some vaccine antigens.  While a reduction has been noted, even with reduced levels protection remains as the threshold for immunity is not crossed.  This has been evaluated in a systematic review in 2014 pertaining to the same topic.  As some practitioners though now advise against such prophylaxis might sucrose be the replacement?  This has been studied in 16-19 month olds receiving a series of vaccinations and found to be an effective pain reliever as demonstrated in the paper Oral sucrose administration to reduce pain response during immunization in 16-19-month infants: a randomized, placebo-controlled trial.  While the results of the study demonstrate effectiveness to reduce pain the effect on the immune response remains unanswered.

What the future will hold I don’t know but if you are looking for another option for pain relief other than acetaminophen or ibuprofen you may wish to ask your practitioner about a little sugar next time.