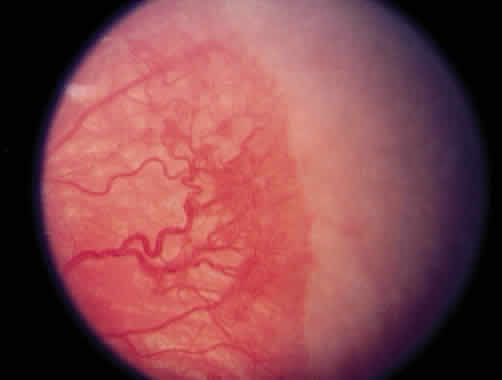 Does poor weight gain in the first weeks of life predict development of severe ROP?

There is no question that adequate weight gain is a necessity in the NICU. We commonly strive for 15-20 g/kg/d in our centre but sadly our smallest infants often struggle to achieve such increases in mass. If you have worked with me you will often hear me state that after the acute issues are dealt with in a ELBW infant the most important thing we need to focus on is nutrition if we want to help these infants come off respiratory support. They simply need stronger bones, more muscle mass and adequate well balanced nutrition to heal some of the damage that unfortunately occurs while they are receiving positive pressure ventilation.

In the past few years however several papers have challenged this belief of mine in suggesting that the time shortly after birth is equally important in particular with reference to retinopathy of prematurity. Associations between poor weight gain in the first 2-6 weeks of age and worse ROP have been noted. The challenge as always with such retrospective or even prospective studies is the presence of confounders. Does the finding of worse ROP indicate that the lack of weight gain is in fact causative or is it reflective of other factors at work? When we are looking at retrospective studies the authors typically will try and control for such known factors but there may be other factors that have been unaccounted for. In particular, is the lack of weight gain attributable to a unit that pays poor attention to nutrition or a result of inflammatory states such as sepsis causing a catabolic rather than anabolic state in the child? Add to this that lipoprotein lipase tends to become less active in the presence of such inflammation and a rising triglyceride level will often dictate that lipids be reduced or stopped altogether further compromising nutrition.

A Swedish paper by Stoltz Sjöström et al published in 2015 examined 498 infants born between 22 0/7 – 26 6/7 weeks of age and sought to determine if poor weight gain and energy intake were responsible for increased rates of ROP in NICUs in Sweden. This retrospective study included infants with an overall rate of Grade III-V ROP of 34.5%. When looking at the differences in a number of variables including weight gain and energy intake in the first four weeks of life there appears to be a cutoff of 100 Kcal/kg/d as an average intake that predicts the risk of ROP. That is if the caloric intake on average over four weeks is less than 100 Kcal/kg/d then the risk of severe ROP increases. When controlling for all variables none of the constituents of nutrition appeared to be significant (protein, fat, carbohydrate) but rather the energy intake. Importantly two additional factors that bore out significance were prolonged ventilation and number of blood transfusions.

While this was a fairly good sized study there are a number of confounders here that again raise the question of what truly is causing the higher rate of ROP. ROP is known to be affected by oxygen use. The current state of thinking is that higher oxygen saturations (Support trial) as well as wide swings in oxygenation may predispose to worse ROP. Given that two important factors increasing the risk of severe ROP in this cohort were prolonged ventilation and need for blood increased numbers of blood transfusions these may well be a proxy for labile oxygenation. I can’t resist the speculation additionally that the lower energy intake may have delayed the building of adequate muscle and bony framework to assist these infants in coming off the ventilator. Sicker infants need more transfusions as well as the bone marrow takes on a quiescent state. It may well be that lower energy intakes are associated with worse ROP but as with other papers looking at this factor it may not be causative (at least directly).

The other thing to bear in mind is that this study is a retrospective analysis of a study originally published in 2009 called the Express Study. Much has changed in the realm of Neonatal Nutrition. When maternal breast milk is unavailable many units have access to donor milk. Early and more aggressive TPN has become the norm since that time with many infants receiving a starter solution on day 1 and TPN late on day 1 or certainly on day 2. Lastly, many centres are now changing from what had been the standard soy based lipid emulsion to one such as SMOF that contains omega-3 fatty acids with inherent anti-inflammatory effects. Given all these changes it would be interesting to see if many infants these days are receiving such low caloric delivery and even if so if their rates of severe ROP are indeed higher.

My take on this therefore is that while we should all strive for better nutrition in our infants I do not believe that the evidence is there yet that an average caloric delivery in the first 4 weeks of age of less than 100 Kcal/kg/d is causing worse ROP in our infants. We will never have a randomized controlled trial to determine such a causative relationship so these sorts of studies are the best we can do. Fortunately, even if there were a cause and effect relationship we are already striving to keep our goal calories above the threshold which seems to be associated with worse outcome.

In essence let’s all keep our eye on the energy being provided and with time all should be well provided we continue to be extremely vigilant with minimizing oxygen exposure in these vulnerable infants.