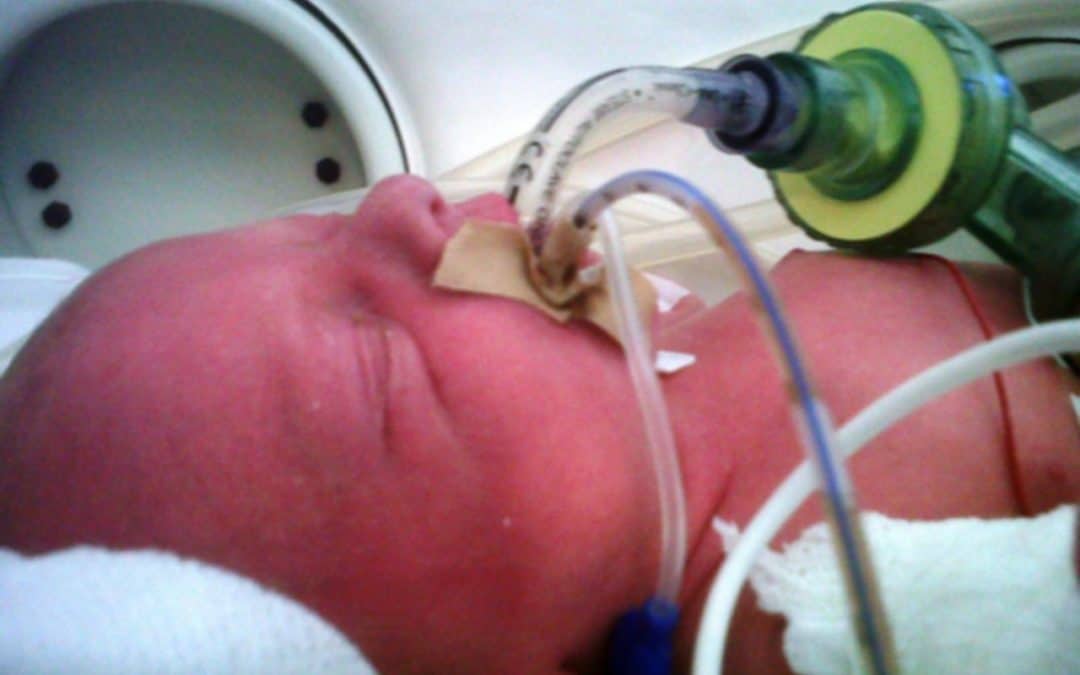 Still performing awake intubations in newborns? Maybe this will change your mind.

If I look back on my career there have been many things I have been passionate about but the one that sticks out as the most longstanding is premedicating newborns prior to non-emergent intubation.  The bolded words in the last sentence are meant to reinforce that in the setting of a newborn who is deteriorating rapidly it would be inappropriate to wait for medications to be drawn up if the infant is already experiencing severe oxygen desaturation and/or bradycardia.  The CPS Fetus and Newborn committee of which I am a member has a statement on the use of premedication which seems as relevant today as when it was first developed.  In this statement the suggested cocktail of atropine, fentanyl and succinylcholine is recommended and having used it in our centre I can confirm that it is effective.  In spite of this recommendation by our national organization there remain those who are skeptical of the need for this altogether and then there are others who continue to search for a better cocktail.  Since I am at the annual conference for the CPS in Quebec city

I thought it would be appropriate to provide a few comments on this topic.

1. “I don’t need it.  I don’t have any trouble intubating a newborn” – This is perhaps the most common reason I hear naysayers raise.  There is no question that an 60-90 kg practitioner can overpower a < 5kg infant and in particular an ELBW infant weighing < 1 kg.  This misses the point though.  Premedicating has been shown to increase success on the first attempt and shorten times to intubation. Dempsey 2006, Roberts 2006, Carbajal 2007, Lemyre 2009

2.  “I usually get in on the first attempt and am very slick so risk of injury is less.” Not really true overall.  No doubt there are those individuals who are highly successful but overall the risk of adverse events is reduced with premedication. (Marshall 1984, Lemyre 2009). I would also proudly add another Canadian study from Edmonton by Dr. Byrne and Dr. Barrington who performed 249 consecutive intubations with predication and noted minimal side effects but high success rates at first pass.

3. “Intubation is not a painful procedure”.  This one is somewhat tough to obtain a true answer for as the neonate of course cannot speak to this.  There is evidence available again from Canadian colleagues in 1984 and 1989 that would suggest that infants at the very least experience discomfort or show physiologic signs of stress when intubated using an “awake” approach.  In 1984 Kelly and Finer in Edmonton published Nasotracheal intubation in the neonate: physiologic responses and effects of atropine and pancuronium. This randomized study of atropine with or without pancuronium vs control demonstrated intracranial hypertension only in those infants in the control arm with premedication ameliorating this finding.  Similarly, in 1989 Barrington, Finer and the late Phil Etches also in Edmonton published Succinylcholine and atropine for premedication of the newborn infant before nasotracheal intubation: a randomized, controlled trial. This small study of 20 infants demonstrated the same finding of elimination of intracranial hypertension with premedication.  At the very least I would suggest that having a laryngoscope blade put in your oral cavity while awake must be uncomfortable.  If you still doubt that statement ask yourself whether you would want sedation if you needed to be intubated?  Still feel the same way about babies not needing any?

4.  What if I sedate and paralyze and there is a critical airway?  Well this one may be something to consider.  If one knows there is a large mass such as a cystic hygroma it may be best to leave the sedation or at least the paralysis out.  The concern though that there might be an internal mass or obstruction that we just don’t know about seems a little unfounded as a justification for avoiding medications though.

Do we have the right cocktail?

The short answer is “I don’t know”.  What I do know is that the use of atropine, an opioid and a muscle relaxant seems to provide good conditions for intubating newborns.  We are in the era of refinement though and as a recent paper suggests, there could be alternatives to consider;Effect of Atropine With Propofol vs Atropine With Atracurium and Sufentanil on Oxygen Desaturation in Neonates Requiring Nonemergency IntubationA Randomized Clinical Trial.  I personally like the idea of a two drug combination for intubating vs.. three as it leaves one less drug to worry about a medication error with.  There are many papers out there looking at different drug combinations.  This one though didn’t find a difference between the two combinations in terms of prolonged desaturations between the two groups which was the primary outcome. Interestingly though the process of intubating was longer with atropine and propofol.  Given some peoples reluctance to use RSI at all, any drug combination which adds time to the the procedure is unlikely to go over well.  Stay tuned though as I am sure there will be many other combinations over the next few years to try out!