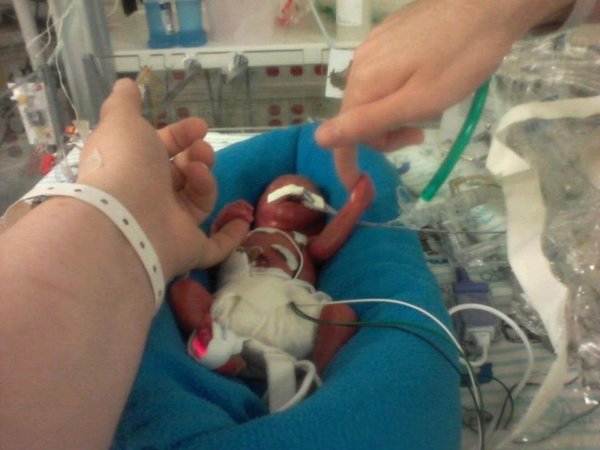 It seems the expression “(insert a group) lives matter” is present everywhere these days so I thought I would join in after a moving experience I had today.  For those of you who have been with the blog since the beginning you would have seen a number of posts that if you follow them in time, provide a glimpse into the transformation that Winnipeg has seen over the last year or so.

Prior to that point, 24 weeks was a cutoff for resuscitation that had been in place for some time and after a great amount of deliberation and thought was changed to 23 weeks.  This did not come without a great deal of angst and a tremendous amount of education and teamwork that our nurse educators and clinical leads were so instrumental in helping to role out.  The experience was outlined in a couple of posts that you may find interesting if you didn’t catch them the first time.  The first was Winnipeg hospital now resuscitating all infants at 22 weeks! A media led case of broken telephone. and the second being Winnipeg Hospital About to Start Resuscitating Infants at 23 weeks!

Since these two posts we have certainly had our fair share of experience as we have seen far more babies than anticipated but the region has met the challenge head on and although the numbers are small we appear to have not only more survivors than expected but all but one infant had gone home without O2 and all have been demand feeding at discharge.  While we await the 18 month outcomes, the results thus far appear reassuring.

Then today, a visit occurred from the first of such infants who is now just over a year of age.  He was bright eyed, smiling, interactive and by his parent’s account, has normal tone and assessments thus far by physiotherapy.  His presence in the NICU put smiles on faces and at least for myself made me think of the expression “Micropreemie Lives Matter”.  He was a baby that everyone predicted would not survive and then when he did, that he would be grossly developmentally impaired which he does not appear to be in the least.  His presence in the unit no doubt gives everyone who doubted the merits of moving down this path reason to pause.

Before you accuse me of wearing rose coloured glasses, make no mistake I know that he will not represent the outcome for everyone.  In fact at one of our hospitals two of such infants have died while we await the 18 month outcomes for the other survivors.  What his presence does though, is remind us or at least me that good outcomes are possible and in the case of our experience in Winnipeg may be more common that we thought they would be.

When I have spoken to audiences about the path forward when resuscitating such ELGANS I have often commented on the “Black Swan” effect. 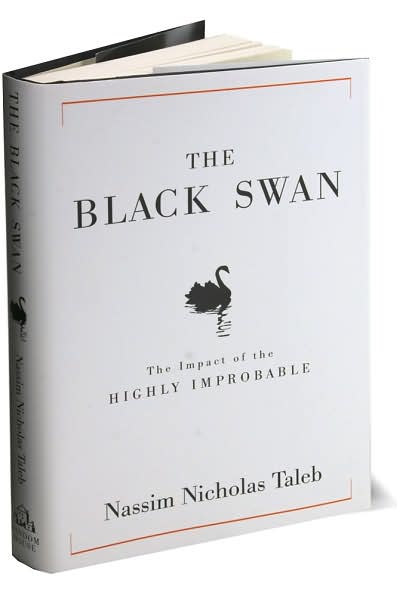 This was very nicely described by Nassim Taleb and described the human trait to react to unusual events with extreme reactions.  An example is no one wanting to fly in the months after the world trade centre bombing when statistically this may have been the safest period in history to fly.  Similarly, we as a team need to avoid the extreme reaction of saying that we should not be resuscitating such small infants when a bad outcome occurs.  As I have told many people, we know these patients will not all survive, we know a significant number will have adverse development yet not all will and at least in our small sample thus far the babies would appear to be doing better overall than anticipated.  If we know that bad outcomes will occur then why do we hear the questions come when they do such as “why are we doing this?”, “maybe we should rethink our position on 23 week infants”.  It happens because we care and we hate seeing families and their babies go through such painful experiences.  What we cannot do though for the sake of those such as our visitor today is react with a “Black Swan” reaction and steer the ship so to speak in the previous direction we were in.  There are survivors and they may do well and that is why I say “Micropreemie Lives Matter”.

In the paper by Rysavy the overall finding at 23 weeks was that 1 out of 6 would survive without moderate or severe disability.  What do we do as we increase our experience if the trend bears out that our outcomes are better?  How will we counsel families? Will we continue to use the statistics from the paper or quote our own despite us being a medium sized centre?

As our experience with such infants increases we will also no doubt see a change in our thoughts about infants at 24 weeks.  I have seen this first hand already with a physician commenting today that 24 weeks is not such a big deal now!  This brings me to the big question (which I will credit a nurse I work with for planting in my head in the last two weeks) which is for another time to answer as this post gets a little lengthy but is something to ponder.  As our outcomes for 23 weeks improve and so do our results at 24 weeks (which is bound to happen with the more frequent team work in such situations) will our approach to infants at 24 weeks change.  In our institution we generally follow the CPS guidelines for the management of infants at extremely low GA and offer the choice of resuscitation at 24 weeks.  As outcomes improve at this GA will we continue to do so or will we reach a threshold where much like the case at 25 weeks we inform families that we will resuscitate their infant without providing the option of compassionate care?

It is too early to answer these questions conclusively but they are very deserving of some thought.  Lastly, I would like to thank the parent who came by today for inspiring me and to all those who will follow afterwards.