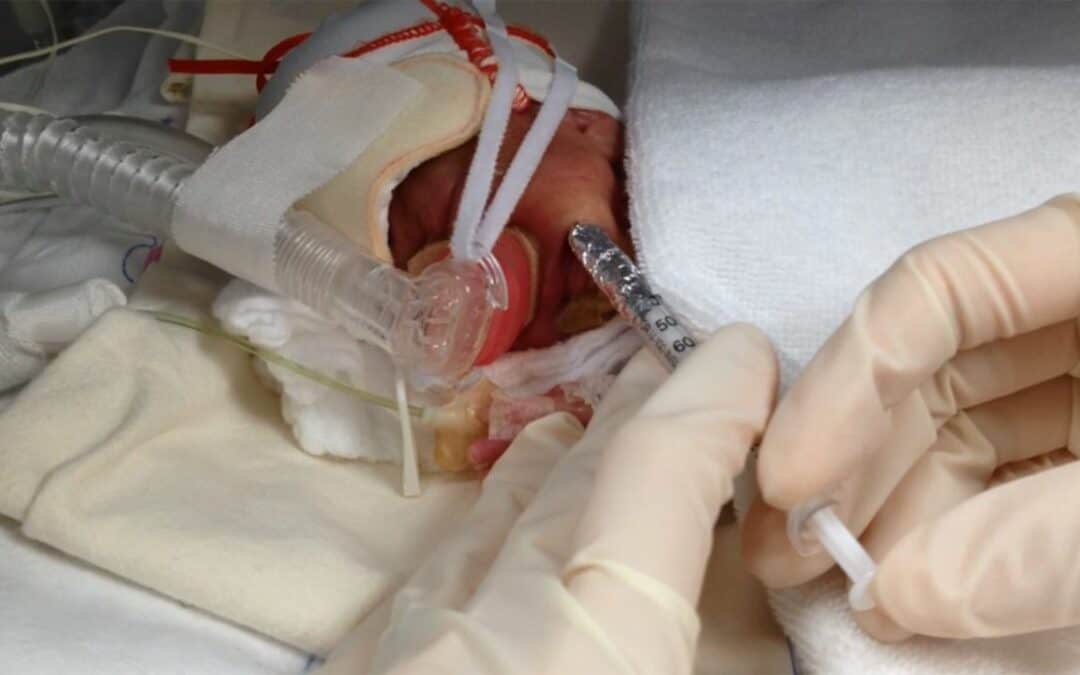 Oral immune therapy (OIT) has really taken off at least in our units. The notion here is that provision of small amounts (0.2 mL intrabucally q2or 24 hours) can prime the immune system. Lymphoid tissue present in the oropharynx and intestine exposed to this liquid gold in theory will give the immune system a boost and increase levels of IgA. Such rises in IgA could help improve the mucosal defence barrier and therefore lessen the incidence of late onset sepsis. Rodriguez et al described this in their paper Oropharyngeal administration of colostrum to extremely low birth weight infants: theoretical perspectives in 2009. They followed it up the next year with a pilot study demonstrating how to actually administer such therapy. The fact that this approach has been adopted so quickly I think speaks to the principle that this kind of therapy falls into the category of “can’t hurt and might help”. The real question though is does it actually make a difference?

Recently, authors from Brazil presented their findings from a single centre double blind RCT entitled Randomized Controlled Trial of Oropharyngeal Colostrum Administration in Very-low-birth-weight Preterm Infants. This authors are commended for studying this practice in such a fashion and included infants <34 weeks who were <1500g at birth to receive the above mentioned intervention. These infants were compared to placebo who received the same intervention except instead of mother’s own colostrum they were given sterile water. In total there were 149 infants randomized with 81 receiving OIT vs 68 who received a placebo.  The primary outcome of interest on which a power calculation was performed was the incidence of late onset sepsis.  Other typical outcomes including NEC, ROP, BPD, IVH and death were also followed.

Did they find a difference?

Sadly to many of you I am sure they did not as is shown in the table below.

Surprisingly the authors also looked at levels of IgA in infants in both arms and also found no difference.

There is a big problem with this study however that no doubt will lead to a repeat version at some point. While the authors enrolled the numbers above, the numbers that were analyzed in the table are 34 lower in the OIT arm and only 2 lower in the placebo group. In essence, a large number of mothers after enrollment were not able to provide the colostrum that was needed for the study. The study called for 48 applications over a 48 hour period and a little more than half of the mothers were able to do it.

Do not be dismayed then that no difference was found here. There is no need to “throw the baby out with the bathwater” and abandon OIT based on this one study. I think what is needed in the future though is a study that enrolls far more than needed to account for attrition due to loss of mothers who can complete the study. Without another study I think the practice will continue but does it really make a difference to rates of sepsis? Who knows but there is no doubt it helps parents who are feeling that they have lost control of a pregnancy that has gone wrong, a positive experience and the feeling that they are doing something for their child.