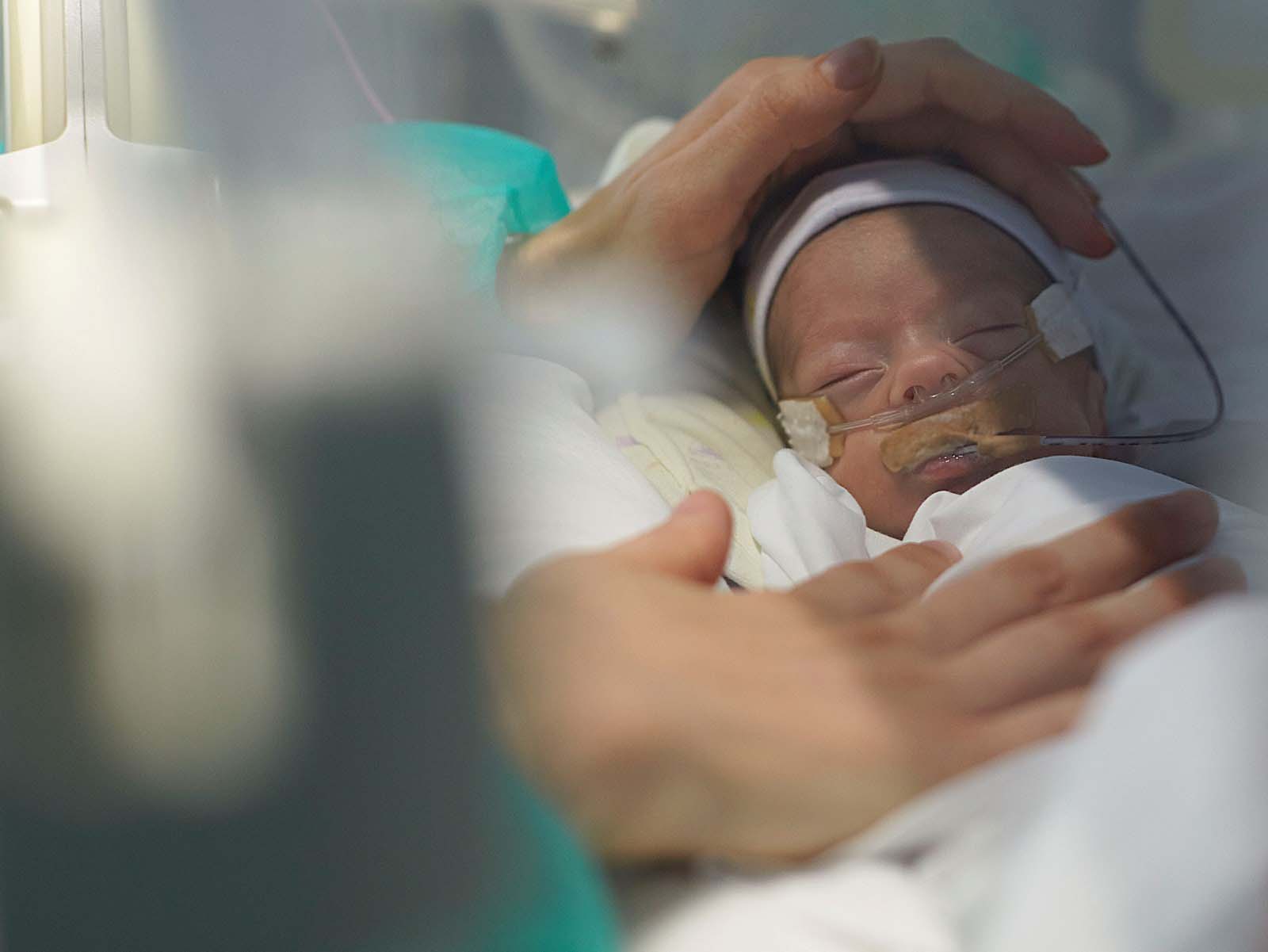 Apgar score of 0 at 10 minutes: Why the new NRP recommendations missed the mark.

As I read through the new NRP recommendations and began posting interesting points on my Facebook Page I came across a section which has left me a little uneasy.  With respect to a newborn 36 weeks and above who is born asystolic and by ten minutes of age continues to remain so and has an apgar score of zero the recommendation that has been put forward is this:

An Apgar score of 0 at 10 minutes is a strong predictor of mortality and morbidity in late-preterm and term infants.  We suggest that, in babies with an Apgar score of 0 after 10 minutes of resuscitation, if the heart rate remains undetectable, it may be reasonable to stop resuscitation; however, the decision to continue or discontinue resuscitative efforts should be individualized. Variables to be considered may include whether the resuscitation was considered to be optimal, availability of advanced neonatal care, such as therapeutic hypothermia, specific circumstances before delivery (eg, known timing of the insult), and wishes expressed by the family (weak recommendation, very-low-quality evidence).

There are some significant problems with this part of the statement.

2.  They are correct in acknowledging that the introduction of hypothermia in such settings has changed the landscape in as much as I find it quite difficult to prognosticate unless a child is truly moribund after resuscitation.  Given such uncertainty it is concerning to me that this recommendation may be committed to memory incorrectly in some places that do have access to cooling and may be used more rigidly as though shalt stop at 10 minutes.

3.  In the middle of a resuscitation it is quite difficult to process all of the facts pertaining to a particular newborn while orders for chest compressions, emergency UVCs and epinephrine are being given.  Can we really individualize within ten minutes accurately and take the families wishes truly into account?  This just does not seem practical.

4.  The families wishes are taken into account but inserted as a “weak recommendation”.  How can the wishes of the family in any family centred model of care be minimized in such a way even if we believe the situation to be dire?

5.  Since the introduction of hypothermia there appears to be a near 50% survival rate in such newborns and as the authors state 27% of survivors who received cooling had no moderate or severe disability.  Here in lies my greatest issue with this guideline and that is the hypocrisy this position takes when you compare populations at 23 and 24 weeks gestational age. 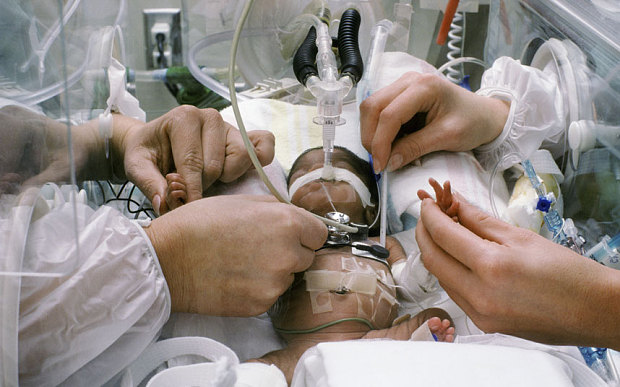 Survival at these GA in the recent NEJM study of almost 5000 preterm infants under 27 weeks were 33 and 57 % respectively at 23 & 24 weeks with rates of survival without moderate or severe disability being 16 and 31% in the two groups.  The fallout from this and other studies at the extremes of gestational age have been that we should be more aggressive as the outcomes are not as bad as one would predict.  How can we argue this for the 23-24 week infants and for term infant with the same likelihood of outcomes we would unilaterally stop in many centres?!

So Now What Do We Do?

We are supposed to be practising family centred care and much like the argument at the edge of viability the same should apply here.  The wishes of the family should never be minimized.  Arguably it may be very difficult in such an unexpected scenario to appraise a family of the situation and have clarity around the issue but if a heart rate can be restored after a few more minutes do we not owe it to the family and the child to bring the infant back to the NICU and see what transpires especially if cooling is available?

The million dollar question of course is where do we draw the line?  No heart rate at 15, 20 minutes?  Based on the evidence thus far it seems to me that a little longer than 10 minutes is reasonable especially in well equipped centres with access to cooling and modern ventilation and treatments for pulmonary hypertension.  How long though must be individualized and should be determined in partnership with the team caring for the patient which must include the family. 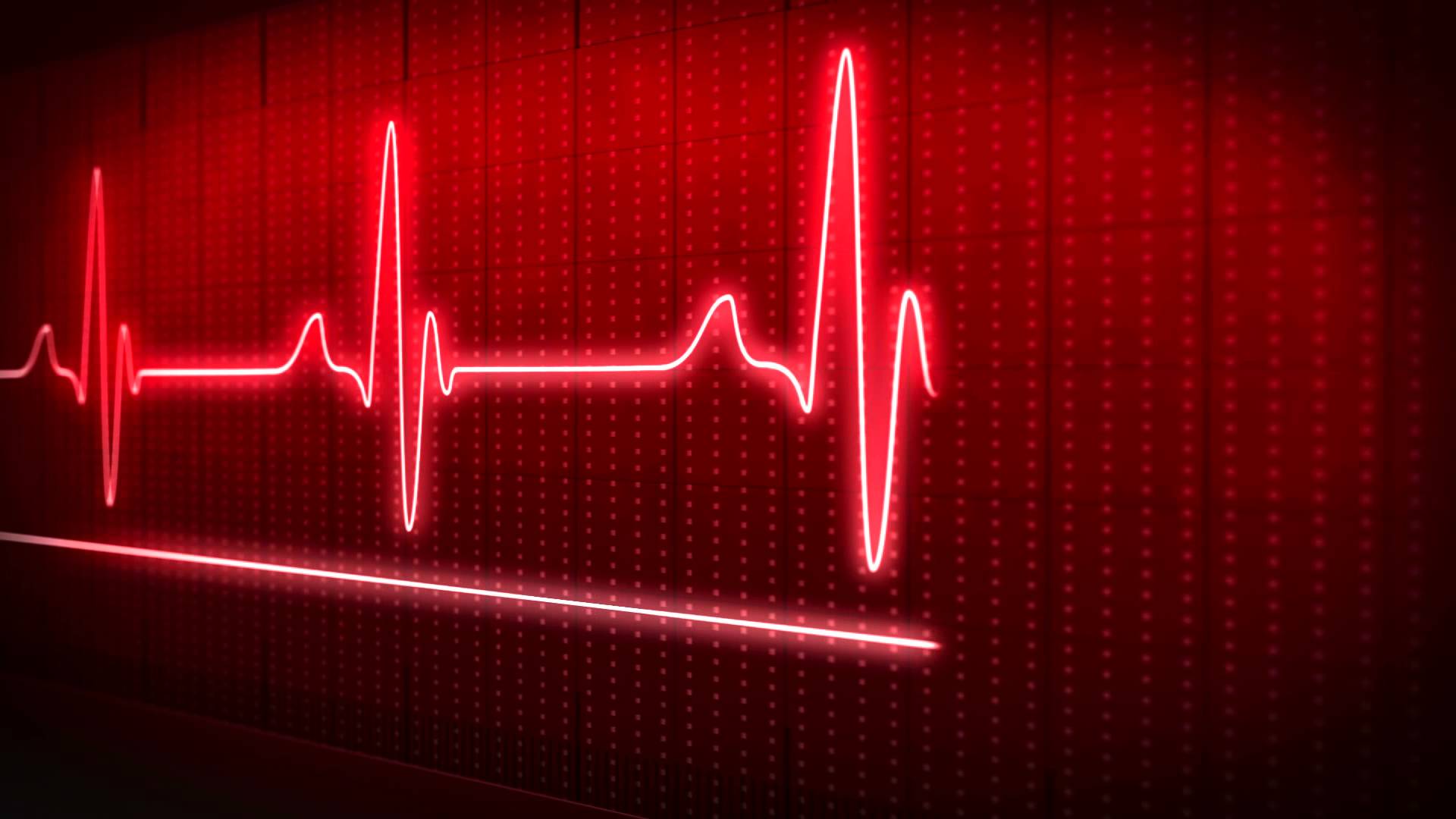 A 200 year old invention that remains king of all tech in newborn resuscitation.

Anyone who attends the delivery of high risk newborns will eventually encounter a baby who is born “flat”. Most of these babies will respond to stimulation and for those that don’t, the vast majority of the remaining group will come around with the use of positive pressure ventilation.  The remaining infants thankfully are the rare group but these are the ones that have the highest likelihood of dying or being severely impaired and therefore leave little room for error in their resuscitation if we hope to achieve a good outcome. 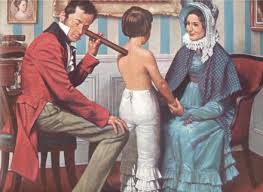 invented the stethoscope to listen to the sounds of the heart and lungs.  It is hard to believe that this coming year marks 200 years since that discovery and even harder to believe that when it counts most, this device still remains the best tool at your fingertips.  When resuscitation has moved past the initial steps there is really nothing that can replace it’s accuracy when the going gets tough.

The most recent NRP guidelines recommend that all neonates who are receiving PPV have a preductal O2 pulse oximeter placed and oxygen titrated to the amount required to keep saturations within a range based on the age of the patient.  Heart rate will be displayed when such monitoring is applied as well as when chest leads are placed giving you two readings of heart rate to compare. Such comparisons often prove useful when trying to determine if the displayed saturation is an adequate result.  When looking at the recommendations from the NRP there is the clear statement that the best way of determining the heart rate is through auscultating the precordial pulse but does this always happen?

The answer as you might expect is no.  Quite often during resuscitation I am told  what the heart rate is based on the monitor.  There is a danger in relying on such technology as you will see below. Recently I was called to the resuscitation area after the delivery of a non-vigorous infant.  The patient was not responding to positive pressure ventilation as determined by the colour of the patient , which was dark purple despite confirmation of tube placement by end tidal capnography.  The team was guiding their continued PPV without compressions based on the monitor which was showing a heart rate of 120-130 beats per minute and the belief that they had palpated a pulse.  After hearing this and recognizing that the patient before me did not fit the reading on the monitor I reached for the stethoscope.  The finding of no audible heart rate prompted us to start chest compressions.

What concerned me about this case was that the presence of technology actually hindered the institution of advanced resuscitation techniques.  In the last few years much of the attention in the NRP program has shifted to monitoring during resuscitation.  There have been many investigating the role of O2 saturation targeting, comparisons of chest leads versus pulse oximeters for acquisition of heart rates and stressing of the importance of attaching the probe to the patient and then to the monitor to improve signal acquisition times.  This patient was in Pulseless Electrical Activity (PEA) which went unrecognized due to an adequate heart rate being visualized on a monitor in the context of a non-congruent clinical exam.  PEA is a state in which the heart is still experiencing electrical conduction but there is not enough contractility to eject blood.

Another interesting aspect to this case was the claim that the infant had an adequate pulse.  When I say claim I don’t mean that I believe the person in this case was lying but rather they believed they felt a pulse.  As with many other posts I felt obliged to ask the question “How accurate is assessment of a pulse in a resuscitation?” As much as we would like to think we all stay calm under pressure there is no doubt that when it counts most and our heart is racing from our sympathetic nervous system on overdrive, we may experience the opposite state.  A nicely done study addressed such accuracy in 2009 using patients who were on heart lung bypass.  209 doctors and nurses were asked to blindly assess presence or absence of pulse with the manipulation of pulsatility by using the presence of a left ventricular assist device or not.  The findings of this study are somewhat disturbing in that 22% of the time they were wrong about the presence of a pulse.  In this study they were given as long as they wanted and in no way were under stress to perform.  They simply had to say after taking as much time as they needed whether the pulse was present or not.  How accurate do you think they would be with a newborn, covered in amniotic fluid and blood with people giving resuscitation orders?  Not very accurate I would say.

The NRP program recommends that a rising heart rate is the best indicator of a successful resuscitation. Two hundred years ago a physician brought the stethoscope into our repertoire of tools at our disposal in medicine.  Despite all of our focus on non-invasive monitoring during resuscitation, confirmation of a heart rate should only be done by auscultation.  Technology serves a useful purpose by providing confirmation of rhythm after hearing the heart beat but should never be used as a substitute for one of the oldest technologies there is.