I have reviewed many articles on this site in the last few years. My favourite pieces are ones in which I know the authors and I have to say my ultimate favourite is when I know the authors as colleagues. Such is the case this time around and it pertains to a topic that is not without controversy. Nasal High Frequency Oscillatory Ventilation or NHFOV for short is a form of non-invasive ventilation that claims to be able to prevent reintubation whether used prophylactically (extubation directly to NHFOV) or as a rescue (failing CPAP so use NHFOV instead of intubation). I have written about the topic before in the piece Can Nasal High Frequency Ventilation Prevent Reintubations? but this time around the publication we are looking at is from my own centre!

One of our former fellows who then worked with us for a period of time Dr. Yaser Ali decided to review our experience with NHFOV in the paper Noninvasive High-Frequency Oscillatory Ventilation: A Retrospective Chart Review. Not only is one of our fellows behind this paper but an additional former fellow and current employee Dr. Ebtihal Ali and two of my wonderful colleagues Dr. Molly Seshia and Dr. Ruben Alvaro who both taught be a few things about this chosen career of mine.

• Frequency of 6 to 8 Hz.
• Mean airway pressure (MAP)2 cmH2Oabove the MAP of invasive ventilation (whether conventional or high-frequency
ventilation).
• Amplitude to achieve adequate chest oscillation while at rest.

• Frequency of 6 to 8 Hz.
• MAP 1 to 2 cm H2O higher than positive end expiratory pressure (PEEP) on CPAP or biphasic CPAP.
• Amplitude to achieve adequate chest oscillation while at rest.

All in all there were 32 occasions for 27 patients in which prophylaxis was used in 10 and rescue in 22. In the rescue group 77% of the time transfer onto NHFOV was done due to apneic events. The study was retrospective and lacked a control group as such so when it comes to the prophylactic approach it is impossible to know how many of these babies would have done fine with CPAP or Biphasic CPAP. Having said that, in that arm the intervention was successful in keeping babies extubated for at least 72 hours in 6/10. Since I really don’t know if those same babies would have done just as well with CPAP I will stop the discussion about them now.

These infants were on a fair bit of support though prior to going on to HFNOV with a mean SD
CPAP of 7.9 cm H2O; while for the biphasic CPAP, the levels were 10.2 cm H2O and 7.7 cm H2O. In the rescue group 73% of the infants did not get intubated.

Let’s Process This For A Minute

I think most of you would agree that an infant on CPAP of +8 or NIPPV who is having repetitive apnea or significant desaturations would inevitably be intubated. In three quarters of these patients they were not but I can assure you they would have been if we had not implemented this treatment. When you look at the whole cohort including prophylactic and rescue you can see that the only real difference in the babies were that the ones who were on lower MAP before going onto NHFOV were more likely to fail.

Interestingly, looking at the effect on apnea frequency there was a very significant reduction in events with NHFOV while FiO2 trended lower (possibly due to the higher MAP that is typically used by 1-2 cm H2O) and pCO2 remained the same.

If pCO2 is no different how does this treatment work if the results are to be believed? Although high frequency ventilation is known for working well to clear CO2 I don’t think when given via this nasal interface it does much in that regard. It may be that the oscillations mostly die out in the nasopharynx. I have often wondered though if the agitation and higher mean airway pressures are responsible compared to straight CPAP or biphasic CPAP alone. There is something going on though as it is hard to argue with the results in our centre that in those who would have been otherwise intubated they avoided this outcome. You could argue I suppose since the study was not blinded that we were willing to ride it out if we believe that NHFOV is superior and will save the day but the information in Table 3 suggests that the babies on this modality truly had a reduction in apnea and I suspect had the sample size been larger we would have seen a reduction that was significant in FiO2.

My thoughts on this therefore is that while I can’t profess that a prophylactic approach after extubation would be any better than going straight to CPAP, I do wonder if NHFOV is something that we should have in our toolkits to deal with the baby who seems to need reintubation due to rising FiO2 and/or apnea frequency. What may need to be looked at prospectively though is a comparison between higher pressures using CPAP and NHFOV. If you were to use CPAP pressures of +10, +11 or +12 and reach equivalent pressures to NHFOV would these advantages disappear? 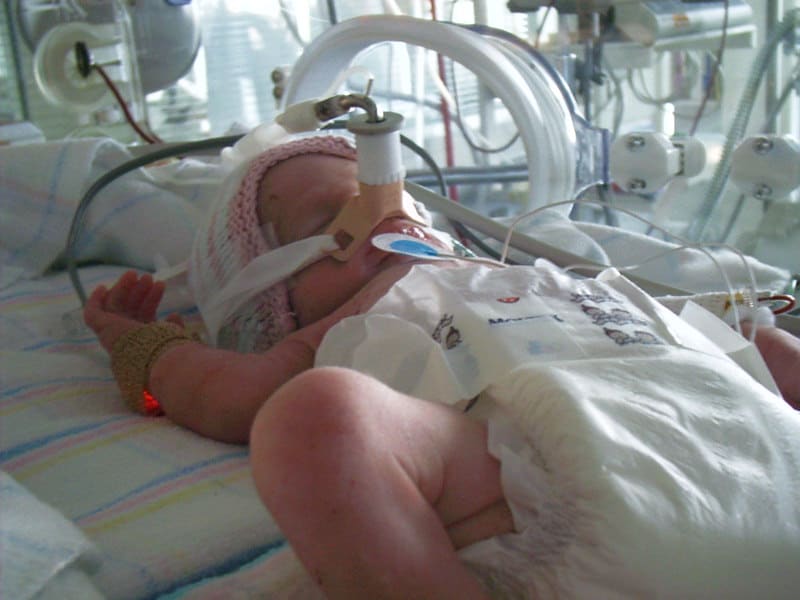