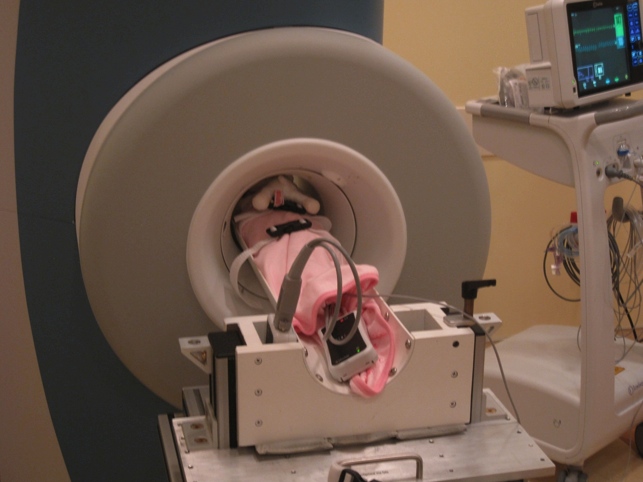 If I could turn back time. Needless parental anxiety over brain MRIs in ex-preterm infants.

I suppose I am as guilty as anyone with respect to the evolution of this story.  Twenty years ago early and late cranial ultrasounds were employed to give clinicians some guidance as to what to tell parents about their growing preterm infant.  Blood seen on early ultrasounds might influence aggressiveness of care or help us remain vigilant for the development of evolving hydrocephalus.  Similarly, late cranial ultrasounds might detect periventricular leukomalacia or other white matter injury and alert us to a higher risk of cerebral palsy.  Then things changed with the widespread availability of MRI.  As I have mentioned to countless parents, MRI compared to ultrasound is like comparing an old 1 megapixel camera to a modern day 18 megapixel.  The resolution is simply much better and with it our ability to see things that previously escaped our detection.

As utilization of MRI increased so did publications pertaining to its findings.  With the enhanced clarity, white matter lesions that were previously missed became evident and imaging of the posterior fossa or specifically the cerebellum improved as described by Tam et al.  Bleeds in this area that were previously missed could now be readily seen, although more recently use of the mastoid view when performing cranial ultrasound may pick up many significant lesions as well.  Fear in the medical community arose in 2007 after a paper entitled Does Cerebellar Injury in Premature Infants Contribute to the High Prevalence of Long-term Cognitive, Learning and Behavioral Disability in Survivors by Limperopoulos et al. In this study of 86 patients overall, presence of cerebellar injury with or without supretentorial lesions was associated with neurodevelopmental impairment in 66% versus 5% of age matched controls.  Given that cranial ultrasound may miss such cerebellar lesions it seemed prudent to begin imaging all high risk patients at term to determine if there was a significant risk of long-term disability.  As Neonatologists we are often asked if a families baby will be ok and so with the ability to obtain such information why would one not pursue such imaging?

With this finding, utlilization of MRI at term equivalent age became widespread including our own centre.  In hindsight however this practice was not thought out carefully and the ramifications of this decision were significant.  One of the most common things that we teach to medical students is the practice to ask themselves the following question before they do any diagnostic test.

“How will the results of this test influence your management?”

If the result is positive what will you do and similarly if it is negative will this help you in any way.  It is the answers to these questions that leave me with a desire to travel back in time and influence my colleagues to choose a different path than we did.  The problem lies in the meaning of the test, either positive or negative and what if anything we will do with the result that is different than if we had not known in the first place.  This issue was recently highlighted in a large trial from the NICHD entitled Neuroimaging and Neurodevelopmental Outcome in Preterm Infants. The results of the MRI studies compared with cranial ultrasound demonstrated again the superior capabilities of MRI to diagnose cerebellar bleeds but as can be seen in the following table, the absence of any lesions on MRI does not mean the parents should be told all will be well with their infant.

From the table you will note though that with increasing injury, the risk of adverse outcomes increase as well.  On the surface this would imply that the information may be important, as we may be able to tell the parents that we are concerned if the lesions are more significant.  What would we do with this information though that is not already being done?  Herein lies the major issue in all of this.

Modern NICU care entails having a follow-up program for all patients designated as high risk.  In the case of our centre this means having a multidisciplinary team evaluating all infants born under 1500 g.  Infants who in follow-up demonstrate deficits whether they be cognitive, motor or both are provided with the support they need to address these deficits.  Whether the family knows that there is an abnormality in the MRI or not does not influence the trajectory they are on in terms of evaluation and suggestions for any therapies that are needed.  The use of the MRI fails the test that I mentioned earlier.  If it is normal the child may still have deficits or if abnormal the infant could still be unimpaired.  The fact that the degree of severity on the MRI being more predictive of an abnormal outcome does nothing more than provide families with something to worry about pending the formal testing when they are seen in follow-up.

You may think I am being paternalistic to a certain degree but these beliefs were illustrated by a family after their experience at St. Justine in Montreal.  I suspect that the practice has changed there but at the time as was done in Winnipeg, MRIs were done at term equivalent age for all infants under a certain weight.  The case of Maren, a surviving twin, born at 25 weeks gestational age was one in which she was diagnosed with a cerebellar hemorrhage on MRI.  The family took to the internet as many parents do and uncovered the paper on cerebellar bleeds referenced above and spent the next several months in anguish as they waiting for the results of the follow-up testing and moreover seeing how she would develop.  I think this quote from the article sums it up very well as to what the test meant for them.

“In our case, Maren’s MRI gave us no information about what she is like today, it served only to completely terrify us. Maren is now two and a half with no disabilities”

This past month the AAP released a “Choosing Wisely” recommendation on this practice and suggests as I have that it be stopped. I hope for the sake of families everywhere this is widely adopted.  Sometimes it is just better to leave things well enough alone when all that your test will do is create more anxiety for parents who have already experienced enough.