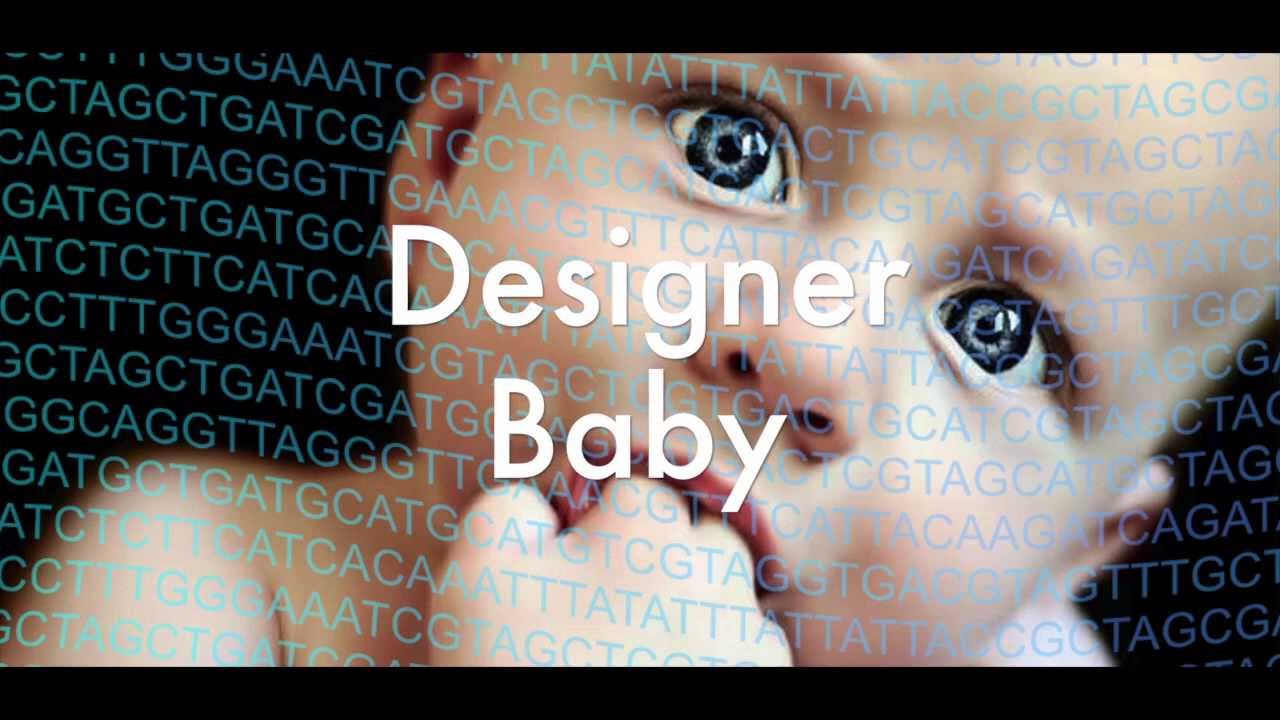 Are Designer Babies Around the Corner?

I know it sounds absurd that the President of the United States of America should listen to two Hollywood actors but there may be something to this title. In 1997, a movie starring the two actors named Gattaca was released. The premise of the movie was that sometime in the future we would be able to sequence the genes of all humans. Having this knowledge would allow society to direct people towards certain paths in life. Imagine you carried a genetic marker associated with above average mathematical and visual spatial skills. Your parents would be told after analyzing just one drop of blood that you would best be suited to becoming an architect or engineer; two professions where this enhanced skill set would confer an advantage. I have to admit the movie captivated me as a young medical student and I dreamed of such applications in the future as in the “real world” gene sequencing was an ever growing reality.

The human genome has been mapped. As the science of genomics moves along the identification of more and more mutations in genes that either increase the risk of one developing a condition or be born with one are increasing. As an example, a specific mutation that leads to cystic fibrosis can be identified prenatally and prophylactic treatment started soon after birth to modify the course of the condition. This is an example of a screening test and by definition the purpose of screening for conditions is that by knowing the condition exists one can do something about it. This is the justification for newborn screening programs across Canada and the US and has been successful in preventing adverse outcomes for such conditions as phenylketonuria, galactosemia, hypothyroidism and many other diseases as well. These tests are not genetic based but rather look for metabolites in the blood that are elevated due to an error in the metabolism of some enzyme, hormone or other molecule in the body. The establishment of widespread screening programs is a success in modern medicine and one to be celebrated.

What about the field of Genomics then which involves the mapping of human genomes? If using a metabolite that is elevated to identify a condition is possible why not go further and identify causative genetic mutations? The answer lies in something that has been called “Precision Medicine”. This is where President Obama comes in. While Governor of Illinois he first put his weight behind the concept by drafting a bill that was not passed but endorsed by his office nonetheless. 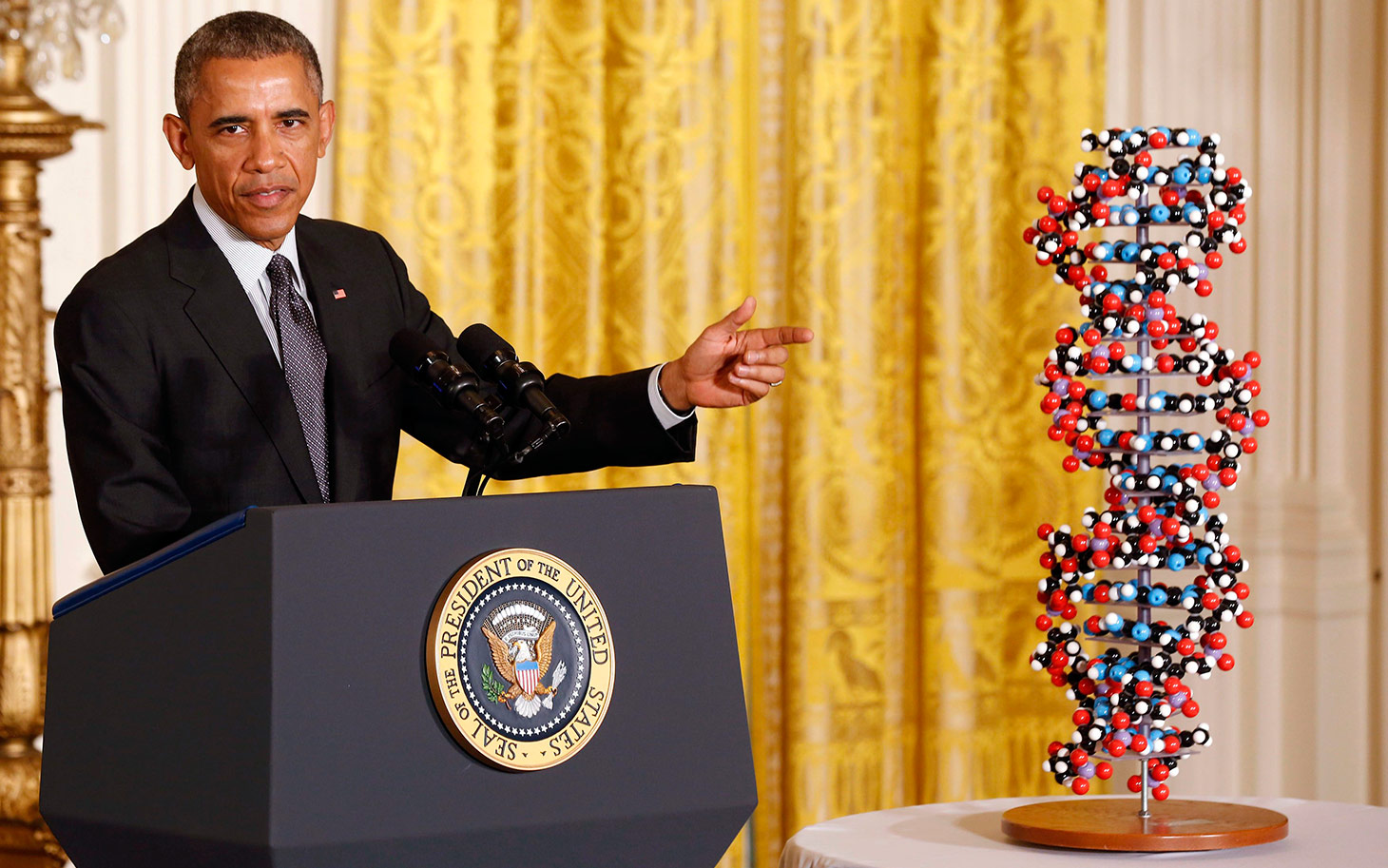 Now we come to 2015 and as President he has again raised the need for funding of such work by asking congress for $215 million dollars to fund the “Precision Medicine Project” which was announced in January 2015.

The goal of the project is to sequence the DNA of both healthy and ill individuals and identify genetic determinants of health. In fact pilot projects are already underway in some centres in the US and in this case are studying infants including 400 at the University of North Carolina Chapel Hill. Does this sound like a certain movie to you?

Before you think that I am against such advancement in medicine I am all for it but with some words of warning. We have known for some time that many types of cancer are caused by different genetic mutations that cause cells to start growing into tumours or abnormal cells in the case of leukemia. Knowing these genetic markers allows Oncologists to choose the right chemotherapy or other treatment to offer you the best chance of survival. Similarly as Angelina Jolie found, having the BRAC1 gene influenced her decision to have her ovaries removed after her double mastectomy before they could develop cancer. Having this information allows the individual to make an informed decision as to what is in the best interests for themselves and their loved ones.

Why is any of this concerning?

The issue though in all of this centres around several very concerning points. What happens to these blood spots that a nurse collects after doing the routine newborn screening in the hospital. Are they your property, the hospitals or the governments? This is the exact question that culminated in lawsuits in Minnesota and Texas recently. Unbeknownst to parents, their newborn’s blood was being sent to the US Armed Forces DNA Identification Laboratory for the creation of a forensics database. In many other states the blood was being kept for many years without parent’s knowledge. Moreover what would the government do with such data is not clear. The central question then is who has the rights to your babies DNA? For a more in-depth analysis of the history and the legal issues please read this http://www.usnews.com/opinion/articles/2014/04/28/newborn-screenings-violate-dna-privacy-rights

The second issue on the horizon has to do with the concept of a screening test. As mentioned before the purpose of screening programs are to identify treatable conditions early, such that preventative medicine to avoid complications can be started. As medicine moves along and identifies thousands upon thousands of causative genetic mutations there is a tremendous risk of straying from the intent of screening and moving towards simply identifying conditions that may not be treatable or may not affect an individual until adulthood. Take for example that a newborn screen identifies that your child is at high risk of developing early onset coronary artery disease 30 – 40 years from now. What if they are predicted to develop glaucoma in their 30s? You could go on and on with these examples but what impact could that have on their life. As a parent would you encourage them to become an elite athlete knowing they could have a myocardial infarction from coronary ischemia in their 30s? Would you support them in becoming an Ophthalmologist when you knew they were likely to develop glaucoma and visual disturbance early in their career making it difficult for them to practice? Would it have been better to not know and let them pursue their dreams even if only for a limited time? Taken to the extreme if you knew they carried a mutation leading to an untreatable condition that leads to death in their 30s ninety percent of the time what type of quality of life would they have?

The last point has to do with who owns the information. If it is indeed the government then could a world as portrayed in Gattaca not be that far off. Could parents be told soon after birth that their child will not be eligible for certain occupations or directed into specific paths? Could future employers request this information as part of a disclosure for being considered for a job? In the 90s we saw such fear become a reality when many individuals refused to have HIV testing as they were concerned the test alone would make them ineligible for life insurance.

Lastly could we see a world in which many births would never happen as prenatal testing might identify conditions that the fetus would one day develop as adults and parents decide that the child’s life was not worth living?

I don’t think Gattaca has arrived…yet. The point of all of this is that we need to tread the field of genomics very carefully. Medicine has a long history of developing technology that had the greatest promise and then once in use raised the classic question “Just because we can do this should we?” I sincerely hope that President Obama and the rest of the developed world consider these issues as we move forward which I am sure we will. We are on the cusp of a dramatic shift in the way medicine in practiced. Precision Medicine is upon and if you think that I am talking about something that is off in the distant future please look at these hospital websites where you can have your “Precision Medicine” already. I wonder what Uma Thurman and Ethan Hawke think about all of this?