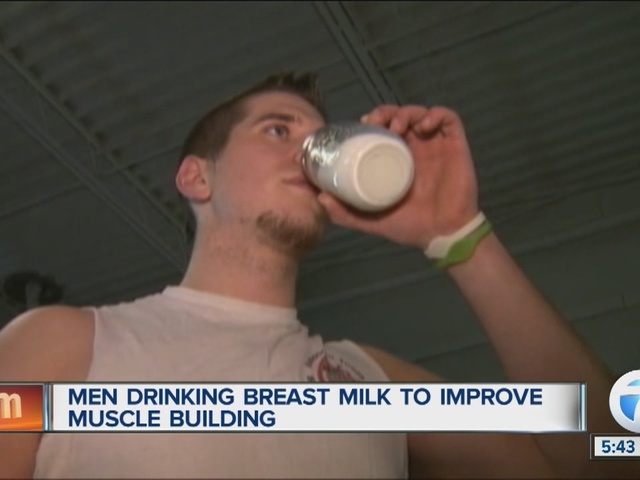 Help stop the senseless theft of breast milk from babies!

I wrote this post almost a year ago and could not believe such practice was going on. Here we are this week and the following was published in Men’s Health magazine indicating breast milk consumption by body builders has not gone away quietly.

For my own thought on this including updates to the original post please read below.

It may seem like I am making a joke but sadly it is the real deal as you can see from the USA Today video released in the past couple weeks.  The benefits of drinking breast milk to add muscle mass has spread quickly among that community. That is not to say that the majority are using it but there definitely is a following. Taking a look at the website “Only The Breast“ reveals the sad truth. There are currently 6368 classifieds for women selling breast milk with 804 of these women specifically targeting men who wish to buy (Update:  As of February 23, 2016 the number of offerings has risen to 10135 with 1294 offering to men so the problem is getting worse not better!). Contrast this with only 113 women willing to donate their milk. This is only one site as women are also resorting to Craigslist and Kijiji to just name a couple of alternatives. There is money in selling breast milk and sadly those who most need it may not be getting it.

The amount of evidence supporting the benefits of an exclusive breast milk diet for preterm infants in particular has exploded in the past few years. There is no question in my mind that breast milk should be distributed to babies whose mothers are unable to provide enough milk for them while in the hospital. The proven reductions In necrotizing enterocolitis; a major cause of morbidity and death in the NICU are reason enough to exclude formula from a low birth weight preterm infant. See Formula versus donor breast milk for feeding preterm or low birth weight infants.

If each case of necrotizing enterocolitis costs the US Health care system approximately $150000 imagine how much money could be saved when estimates from other studies such as the one by Sullivan et al target the reduction in NEC at about 70%.  In our own centre with approximately seven cases per year we would expect to see 5 less babies affected by this per year.

Aside from the above concerns about using breast milk in a population that has no likely benefit there is substantial risk to purchasing milk online.  As mentioned in the USA today video the FDA has spoken out against such practice due to high likelihood of contamination by bacteria secondary to non standardized methods of storage.  The article cited in the video can be found here.

Where is the harm?

The rate of contamination at 74% is frightening and in turn puzzling that people so focused on treating their bodies like a temple would consider ingesting it.  A search on Pubmed using a combination of different search criteria combined with a broader search using google failed to come up with one article showing any evidence supporting the consumption of breast milk by those wishing to build muscle mass.  Given the lack of evidence and the potential for harm this is a practice that needs to be eliminated as soon as possible.  The selling of excess supply from mothers to males who have no potential to benefit is tragic.  Each ounce that is sold in such a way is a waste of liquid gold and in essence is “stolen” away from the pool of milk that could be sent to a Human Milk Banking Association of North America approved Milk Bank.  All Milk Banks that follow their standards provide breast milk which has is safe to consume as opposed to those sourced from online sites.  Furthermore newer organizations such as the Mother’s Milk Coop pay for such milk as an alternative for mothers seeking income through the selling of their excess supply.  There are of course possible issues that arise from paying mothers for their milk but if they are looking to profit then perhaps the coop is the preferred option.  Selling milk and giving formula to their infants is not something I condone but if they are going to do it anyway the online route is the worse of the two options.

It is my hope that this post serves to educate even one mother that while their efforts to earn some income are understood there are better and safer ways to do so than an unregulated site such as  “Only The Breast” or others.  If you come across anyone who even hints at selling their milk through the means mentioned above, direct them to the closest breast milk bank or to the Coop mentioned above (recognizing that this too is not ideal)!

Finally, with the significant impact exclusive breast milk diets can have on outcomes for premature neonates hospitals worldwide would be wise to follow the lead of the University Hospital of Limerick who was just honoured for their initiative to ensure near 100% use of breast milk in their hospital through the use of donor milk.

Encourage your local hospitals to acquire donor breast milk if they don’t have a program to do so already.  If they already have a program work with your health region to expand it.