Is there a magic number for hematocrit prior to surgery?

A 28 week preterm infant now two weeks of age develops bilious emesis and abdominal distension.  An x-ray reveals an intestinal perforation and surgery is consulted. Arrangements are made to go to the operating room for a laparotomy and due to apnea and hypotension the baby is both intubated and placed on dopamine.  The resident on service ensures that blood is available in the operating room and an hour after presentation the baby is found to have a HgB of 102 g/L with a HcT of 35%.

I don’t know about you but if I am then asked whether we should give blood now or in the OR I might say at that level with the degree of illness to give blood or I might say wait till the baby gets to the OR if perhaps they were fairly stable on the support. 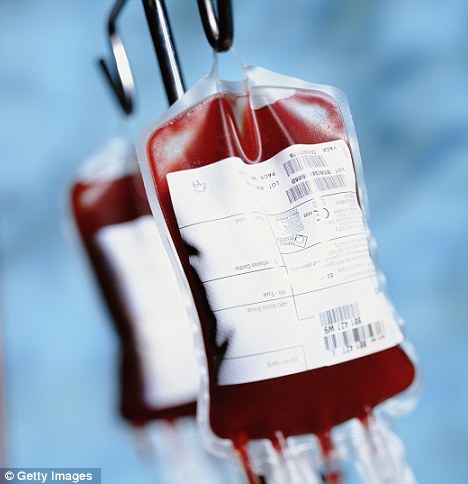 You the reader might be more convinced of your actions but if I manipulate the numbers a little bit to say 105 g/l and HcT of 37% might you feel different?  What about 110 g/L and 39%?  You get the picture.  Where is that magic cutoff where we say prior to an OR that a baby needs blood or can wait?  In our heads of course we conjure up the equation for delivery of O2 to tissues Cardiac output X (1.39 X HgB X Sat +0.003*pO2) and realize that the delivery of oxygen is critically dependent on HgB level but how much is enough?  The truth is I don’t think we really know but we do a good job of coming up with some markers such as lactate or more recently near infrared spectroscopy to give us an idea of how much O2 the tissues are seeing.

How much HgB does a baby need before surgery?

Although this may seem like something that is well known, the truth is we don’t really know.  We may have an inkling though based on a recent paper entitled Association of Preoperative Anemia With Postoperative Mortality in Neonates by S. Goobie et al. They performed a retrospective review of a US surgical quality database to examine mortality after operations and identified 2764 neonates out of 114395 children who underwent surgery.  Similar to previous studies the neonatal postoperative mortality rate was higher at 3.4% than the rest of childhood at 0.6%.  When examining the effect of low hematocrit prior to surgery they further identified a cutoff of 40% below which the risk of mortality increased.  Of the neonatal group that survived 31% had a preop hematocrit of 40% or more while of those who died 72% had a hematocrit < 40%.

Hematocrit was not the only factor predicting mortality though as ASA class 3 – 5 (an anesthesiology risk score where these scores indicate severe systemic disease or emergencies), weight < 2 kg, preoperative ventilation and inotropic support.  Put simply, sicker small patients have worse outcomes which I suppose should not surprise anyone.

So how do we interpret this data?

One important point that this article does not control for is the specific type of condition that the patient had.  Clearly all conditions of the newborn are not the same as for example an umbilical flap closure of gastroschisis compared to fulminant necrotizing enterocolitis.  The authors do try and control somewhat for this by demonstrating that the ASA categories demonstrate if you have severe systemic disease you are worse off but where does this leave the hematocrit?  The other possible explanation is that the anemia is simply a reflection of the critical nature of the patient.  Sicker patients are more likely to be anemic and also patients who present later are as well.  A baby needing a colostomy for a bowel obstruction diagnosed after birth is likely to have low risk of mortality and also have a normal HgB.  Contrast this with the baby who develops NEC at 3 weeks of age who is likely anemic or close to being so when they present and in the presence of shock and DIC becomes even more so.    Is the low HcT just a proxy for severity of disease?

I suspect for the otherwise well infant who is electively intubated for surgery, having a hematocrit alone below 40% is not dangerous.  What do we do though with the baby who is on inotropes for example.  To truly answer this question we need a randomized controlled trial comparing transfusing patients with a hematocrit below 40% vs choosing a higher threshold of say 50% to say whether it makes a difference.  That doesn’t help us though in the here and now.  This gold standard for studies won’t tell me what to do for a few years but right now I have to decide what to do for a patient in front of me.

Not everyone may agree with me on this but I think in such circumstances I would transfuse based on this publications results.  To the naysayers out there I would suggest that whether I choose to give the blood or not before the operation, they will be getting it after they enter the OR.  Why not give them a boost before they undergo the knife?  It is not a question of whether they will be transfused or not it is a difference in time.

If I have the chance I will “top them up” but what will you do?