When it comes to ventilation are all volume modes equal?

When I began my career in Neonatology we initially ventilated primarily with pressure limited time cycled modes of ventilation and only supported some of the breaths as in SIMV modes. With time and emerging research a movement to using set volumes came about and in many centres supporting every breath using an assist control mode or similar version. Although I don’t have access to it in my centre, ventilators such as the Avea also allow for automated FiO2 control in addition to having a choice of two different volume targeting modes. The difference between the modes is the subject of a study entitled Comparison of volume guarantee and volume-controlled ventilation both using closed loop inspired oxygen in preterm infants: a randomised crossover study (CLIO-VG study). I suppose it shouldn’t be a big surprise that as technology advances and we fine tune practice, different modes for volume targeting would arise.

Volume Controlled Ventilation (VCV) – flow based on a set volume and measurement of the PIP every 2 ms. Next breath is given the greater of PEEP+2 cm H2O or PIP-2 cmH2O. The ventilator at the end of each breath is able to determine if the baby is still demanding flow and continues providing flow but stops when inspiratory flow is <25% of peak set flow. There is constant inspiratory flow and peak volumes.

Volume Guarantee (VG)- inspiratory pressure is adjusted breath to breath. These breaths have a decelerating flow instead of a fixed flow as in VCV.

Using automated FiO2 control for both groups the study design was a crossover one. The concept was that better ventilation would help to keep O2 saturations more reliably in a target range of 90-95% and that one of these modes might be superior than the other in doing so. Infants in the study were born at 23+0 – 36+6 weeks and had to be intubated and on >21% FiO2 to be part of the study. Each group spent 12 hours in each arm with the starting mode randomly chosen before switching over to the other mode.

Based on a power calculation in which the authors selected looking for a 5% difference they determined they needed 19 patients in the study overall. The median GA of the infants was 25 weeks (IQR 24-28) with a BW of 685g.

On a personal note, I use only VG in my centre so I am pleased to see there is really no difference in the primary outcome but the trend in the secondary outcomes at least puts a slight smile on my face as well! 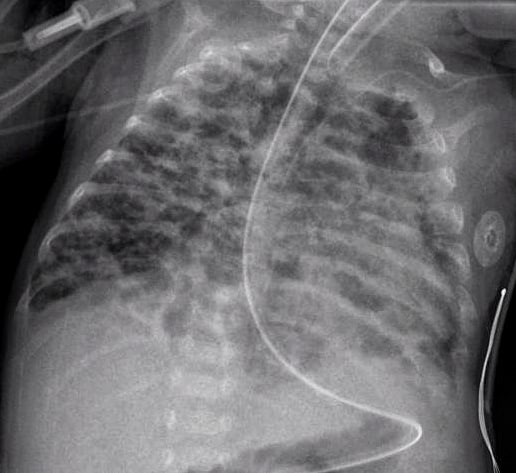