Could this be the perfect home apnea monitor?

by All Things Neonatal | Sep 7, 2016 | apnea of prematurity, Uncategorized | 0 comments 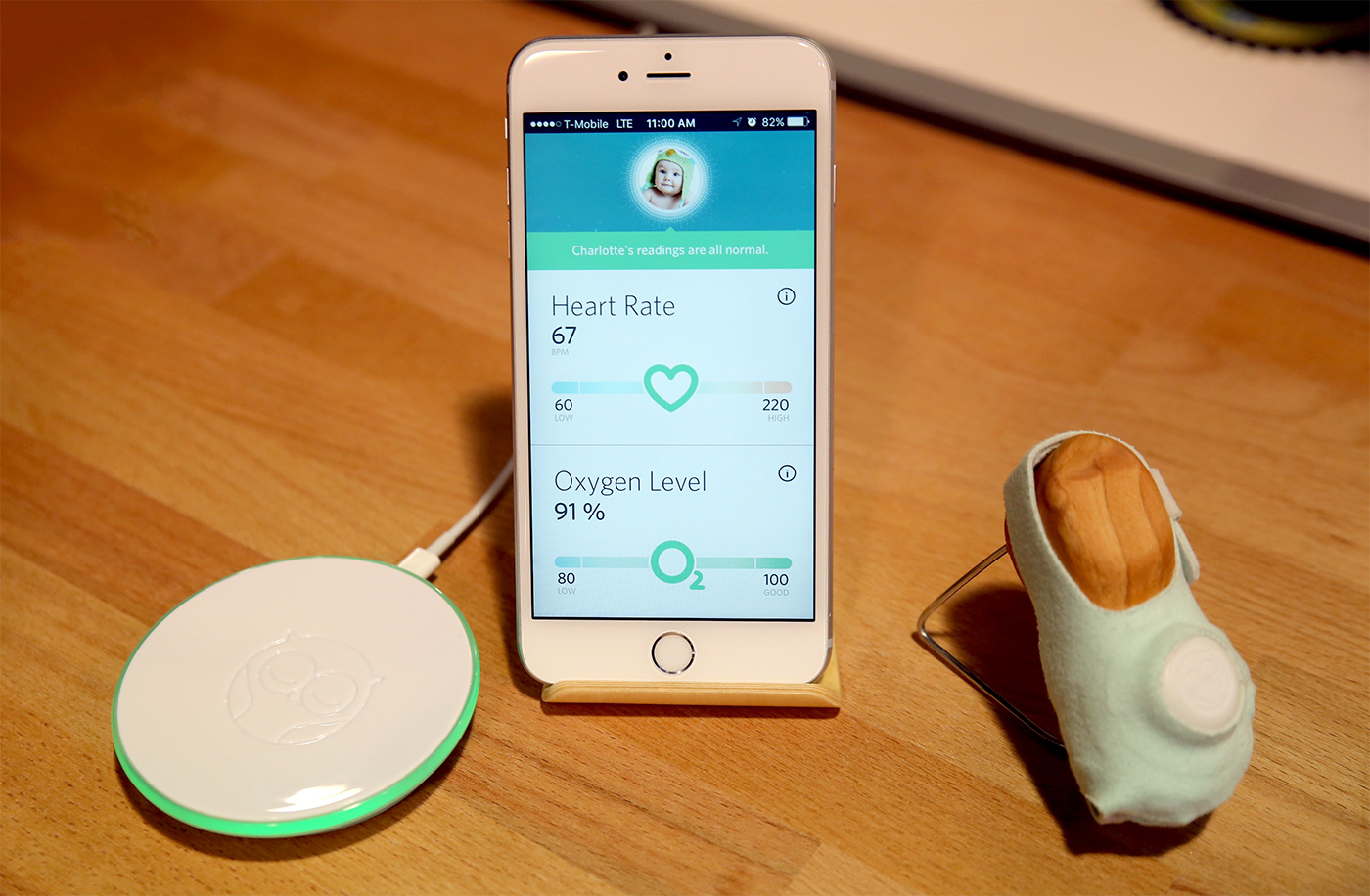 A question that we are asked from time to time is whether a home apnea monitor should be purchased after discharge from the hospital.  The typical parent is one who has experienced the ups and downs of apnea of prematurity and is faced with the disturbing notion of coming off monitors and going home.  “What if he has an event at home and I don’t know”?  This leads to a search on the web for home monitors which finds numerous options to choose from.  This is where things get interesting from a North American perspective.

In the two centres I have worked at in Canada our answer to such a question is to save your money and not buy one.  Contrast this with two families I know in the US who were sent home by the hospital with home apnea monitors.  How can the advice between the two nations be so different?  I suspect the great risk of a lawsuit in the US is responsible at least in part but it may have to do with risk tolerance as well.

What does the evidence say?

First off, one might surmise that the use of a home apnea monitor helps hospitals move patients to the home faster than those centres that don’t prescribe them.  A 2001 Cochrane systematic review on the subject noted that this was not the case and determined that out of nearly 15000 neonates studied the greatest predictor of sending such babies home on monitors was physician preference.

In the largest home monitoring study of its kind, the Collaborative Home Infant Monitoring Evaluation (CHIME) demonstrated some very important information.  First off, ex-preterm infants have events and some of them quite significant after discharge.  What the study which followed discharged infants at risk of SIDS in the home environment found though was that term infants also have events although less severe.  Does this mean that everyone should run out and buy such monitoring equipment though?  No!  The main reason was that while the study did show that events may continue after discharge, it failed to show that these events had any relation to SIDS.  The apneic events noted in hospital disappeared long before the arrival of a risk for SIDS.  They really are separate entities.

The other issue with such monitors pertains to false alarms which can lead to sleepless nights, anxiety in parents and eventual abandonment of such technology.  This led the AAP in 2005 to declare that they did not endorse such practice.  Having said that, it is clear from my own experience with two US ex-preterm infants that this practice remains alive and well.

Could this be the solution?

One of my followers sent me this tonight and I have to say at the very least I am intrigued.  The device is called the Owlet and was featured in this article  The Sock That Could Save Your Babies Life. 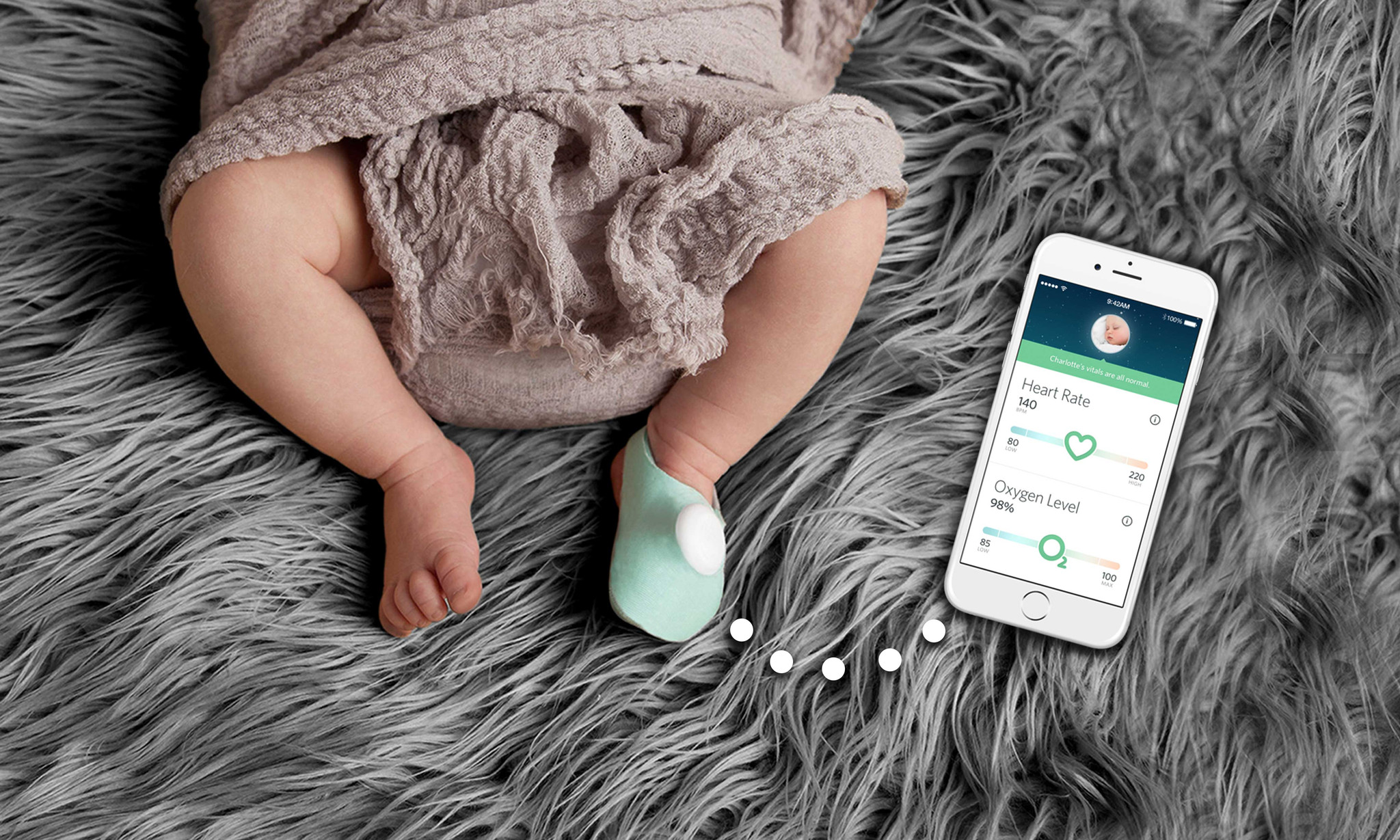 This monitor has me a little excited as it brings the home apnea monitor into the modern era with smart phone connectivity and at the same time helps the developers of this technology use data collected every two seconds to get a clearer picture on breathing patterns in infants that have been sent home.  The saturation monitor in a sock is at the core of this technology which is meant to keep the probe in a relatively stable location.  It brings another angle to the concept of wearable tech!    What I find most interesting is the claim by the manufacturer that the device has a false alarm rate similar to that of a hospital saturation probe which would make it quite reliable.

I note though that the product has not received FDA approval yet (at least on the source I looked at) but is being worked on.  The challenge though is whether this will truly make a difference.  It may well have an excellent detection rate and it may in fact detect true apnea leading to bradycardia and cyanosis.  What it won’t do though is change the natural history of these events once home.  It may capture them very well but I suspect the four events that the mother in the video describes may have been self resolving if she hadn’t intervened.  We know from the CHIME study that the events seen in the home did not lead to death from SIDS so I see no reason why these would be different.

I suppose that depends on your perspective.  From a data collection point, obtaining data every two seconds in a cloud based storage environment will allow this company to describe the natural history of respiratory patterns in ex-preterm infants better than I suspect has ever been done before.  From a population standpoint I suppose that is something!  At an individual level I suppose it depends on your strength of “needing to know”.  This may well be the best monitor out there and it may one day be the most reliable.  Will it save your baby’s life?  I doubt it but might it give you piece of mind if it false alarms very infrequently?  I think it just might but based on the low likelihood of it changing the outcome of your baby you won’t see me recommending it.  If I come across one make no mistake about it, I will want to play with it myself!