Your address may be the most important thing when it comes to Synagis and RSV. 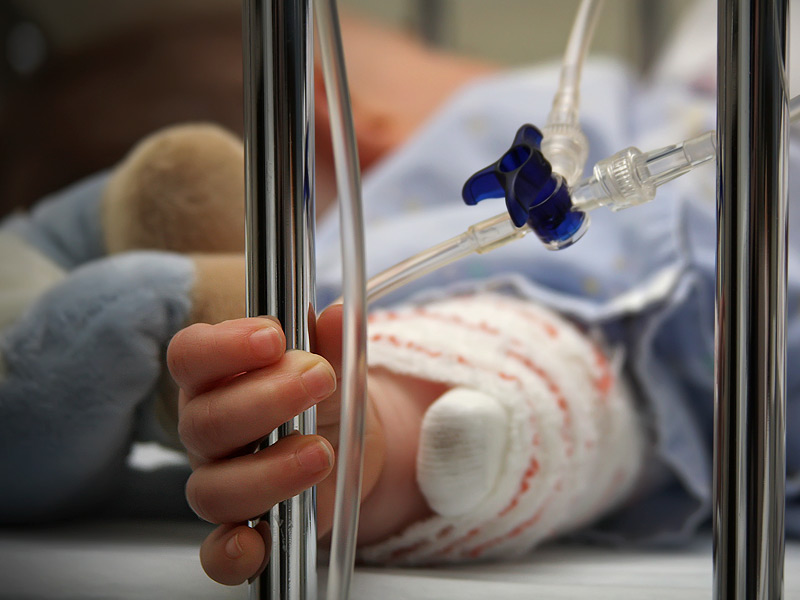 As I said in another post on this topic I have been a huge advocate of RSV prophylaxis since my days as a Pediatric resident. When I started my residency we were not using Palivizumab (Synagis) and I recall admitting 10+ patients per day at times with bronchiolitis.  With the use of passive immunization this rate dropped dramatically in Manitoba although rates in other areas of the country may have not seen such significant impacts.  Manitoba may be somewhat different from many areas due to the communities in Nunavut being so impacted when RSV enters these areas and can infect many of the children due to crowded living conditions and inability to really isolate kids from one and other.  The lack of benefit in other areas though, has no doubt led to controversy among practitioners who often wonder if giving 5 IM injections during the RSV season is indeed worth it.  The real question has not necessarily been does it work but to whom should it be given so that you get the most benefit.

In 2015 the CPS published a revised statement entitled Preventing hospitalizations for respiratory syncytial virus infection.  This statement included a significant change to the recommendation for those who should receive the product.

Gone are recommendations for treating those from 30 – 32 weeks and moreover 33- 35 weeks if meeting certain conditions.  There is a provision for those in Northern communities to expand these criteria to 36 0/7 weeks if such infants would require medical transport to receive care for bronchiolitis.  What is not really clear though is what is meant by Northern communities in terms of criteria to determine suitability exactly.

Incidentally, the criteria are not so different than the AAP statement from August 2014.  In their version of the statement they state:

“The burden of RSV disease and costs associated with transport from remote locations may result in a broader use of palivizumab for RSV prevention in Alaska Native populations and possibly in selected other American Indian populations.”

The American guideline also states that it is for those infants who are “well” and under 29 weeks that RSV prophylaxis is appropriate but from 29 – 32 weeks use should be restricted to those babies who are on oxygen at 28 days of life.

AAP News Release From This Week

As stated above there are those who have always been sceptical of the true cost benefit of RSV prophylaxis and I would imagine those individuals must have latched on to the following report. Otherwise healthy premature infants 29 weeks gestation and over unlikely to benefit from palivizumab

The authors of this study found that while during the RSV season admission for RSV bronchiolitis was lower from 29 – 32 weeks in those infants who had received Synagis. This would argue that it should be given in this group except for the fact that as the authors state it was a “wash” since hospitalization for non-RSV bronchiolitis in the same population was increased by a similar amount.  In essence if you didn’t get RSV you wound up getting something else that still put you in hospital.  The conclusion here is that the decision to drop the criterion for prophylaxis to under 29 weeks is supported since from 29 – 32 weeks you can’t prevent hospitalization from viruses that take the place of RSV.

A Few Thoughts Though Before We Conclude It Has No Place

As I stated upfront I am not totally free of bias having seen a very large impact up here in Manitoba.  What I worry about though is that we have in medicine a tendency to try and capture the “gist” of a guideline rather than committing it in its entirety to memory.  We can’t help ourselves as the volume of information we are asked to remember is growing daily.  What this may lead to however is changes to our practice that may expose vulnerable infants.  The AAP guideline was designed to recommend changes for the otherwise healthy infant under 29 weeks.  What I think we are really talking about are the truly exceptional babies.  In our institution babies born at less than 29 weeks and certainly those closer to 24 weeks often spend as much as a month on CPAP. At 28 days even if the patient were on room air it might only be due to the fact that they were on distending pressure.  Put them on nasal prongs and they would qualify.

Another important consideration is the remote location point.

Here in Canada the majority of the population lives along the border with the US.  Take a look though at our population density and you can see that for our Aboriginal (Indian) and Inuit populations as well as all those living in the north we have a significant need to protect them.  Living conditions in these places involve overcrowding and high smoking levels both ideal breeding grounds for transmission of RSV and an intolerance to handling the inflammation in your bronchioles.  The same is likely true of many parts of Alaska for my US readers.

It would be too easy to simply state “I only need to give Synagis to those babies under 29 weeks now” but that would do a disservice to the populations in our remote communities both here and in the US.

In case you are wondering, I am not employed by the makers of Synagis here or in the US nor do I have any financial or conflicts otherwise.  I am someone I suppose who has seen the difference of before and after and while I will let others debate the merits of giving Synagis from 29 – 32 weeks and above, I wrote this as a reminder that not all populations are the same and therefore we should not paint all susceptible patients with one brush.