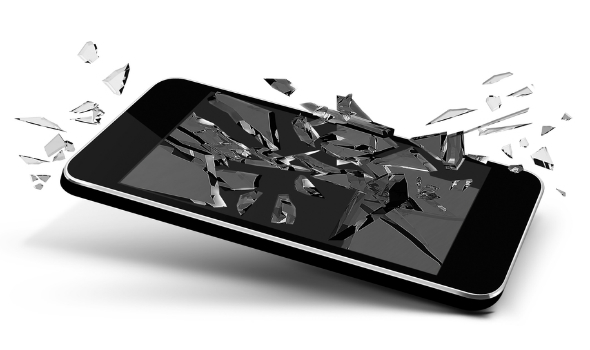 I was asked to see a woman carrying a fetus this week who was not yet 21 weeks.  It was to be honest a very unusual consult as she was clearly pre-viable to me and this was only the second time in my career that I had been asked to do so before 22 or 23 weeks.  In the course of our conversation she said the following:

“I know I just have to get to 22 weeks.  Everyone knows that at St. Boniface Hospital they are saving kids at 22 weeks now and they will try to resuscitate mine if I can just get a little longer out of this pregnancy”

You might think I was shocked to hear this but I wasn’t as I had warned a group of health professionals ironically minutes earlier that we were going to start hearing things like this due to misinterpretations of both the medical literature and mainstream media.  When I asked her where she heard this, her response was that everyone at the clinic she goes to are talking about it.  I can only wonder how many other clinics, mom’s groups, Twitter and Facebook posts are saying the same thing!  I spent some time with her and provided her with my view on the topic and we agreed not to do anything for her infant until they were bigger (currently was under 300g) and at least 22 5/7 weeks.  I am not saying I necessarily believe we should strongly go for an infant at 22 5/7 weeks but she is right that we have and if taking in all the information she wants us to try, now that the public is aware how can we not?

Before I go on let me be clear about the actual state in our city at the moment:

One Article Causes A Great Stir

In late April the New England Journal of Medicine published an article entitled Between-Hospital Variation in Treatment and Outcomes in Extremely Preterm Infants.  What followed were numerous media articles about infants born at 22 or 23 weeks discussing the pros and cons of such actions.  Furthermore an explosion of testimonies from parents who had infants resuscitated with good outcomes at these gestational ages ensued.  Given that this topic was  a hot one and in the public eye, our own local health news agency got in on the action and published the following story called Meet Mac: one of the youngest babies born at St. Boniface Hospital which was reprinted by the Free Press thereby achieving a larger audience.

The family is wonderful, the child simply amazing and much like many of the aforementioned similar stories on Facebook and Twitter inspires people to have hope.  We all want in the end to feel good about things rather than dwell in sorrow so when these stories come along we tend to see them in a favourable light rather than critically analyze what they mean in the context of the greater picture.  In the article they reference, such children as miracle babies and in many respects this is true.  Before I go on I feel the need to point out that I am delighted for Mac’s family and admire their perseverance through many dark days.  There is no question that they are a loving family who will love him for the rest of his life and provide a wonderful nurturing environment.  The concern I have is that they are in the 5% or less of families that have this experience.

If we look at the article referenced above from the United States which is the largest study to date looking at extremely low birth weight infants the findings were that 95% of those infants who people tried to resuscitate at 22 weeks either died or were left with moderate to severe disabilities.  This means 5% survive with only mild or no disability.  It is the 5% we tend to hear about in the media and are the ones that create the buzz.

The fly in the ointment in all of this is that the Canadian Pediatric Society that provides recommendations in such situations is also under fire for its statement on Counselling and Management of Extremely Preterm Birth.  In this statement in the recommendations section they state: At 22 weeks’ GA, since survival is uncommon, a non-interventional approach is recommended with focus on comfort care. (Strong Recommendation).  In response to this statement a great number of practitioners banded together to write a rebuttal that was published in Pediatrics and Child Health in which they believe that the CPS has created simple rules for complicated decisions as the title of the article suggests.  The gist of the article is that gestational age alone is inaccurate and using other prognostic factors in addition to gestational age is a better way of guiding decisions.  Factors such as estimated weight and certainty of dates for example should come into the picture.  Time will tell how the CPS responds but certainly organizations such as the Canadian Premature Babies Foundation are siding with the authors of the response to the CPS.

Make no mistake, this is a complicated issue and it will not go away anytime soon.  While we are not advocating for 22 week infants to be resuscitated routinely, the fact remains if well informed parents decide they want to try it will be difficult to say no.  Parents need to understand however that for infants to have the best chance, a coordinated approach with Obstetrics and Neonatology is critical to ensure the best chances.  Furthermore seeking the opinion of a Bioethicist would help crystallize some of the issues that I know many are struggling with.  Failure to receive antenatal steroids at 22 or 23 weeks for example is clearly shown in this article to reduce the likelihood of a positive outcome.  Having a face to face discussion between the Neonatologist and Obstetrician and presenting a unified message to the family will be an imperative first step in any discussion.  Furthermore having clear direction in a resuscitation and best practices worked out in the NICU to ensure that skin integrity is maintained is a must.  We have a long road ahead of us before we can truly say that we are offering the best chances to these tiny infants but with collaborative efforts between our members in Neonatology and Obstetrics I believe we can get there.

In the meantime we each need to do our part and use our voices (or writing such as this) send a clear message to the public that while we celebrate with the families who have had such great outcomes at these gestational ages we all too often are mourning the loss of the vast majority who were not so fortunate.