NOT NEONATOLOGY: The Suicidal Pilot by Dr. Simon Trepel

I probably, truthfully, would not have cared so much about the shitty thing that Lubitz did, but I was literally stranded on a desert island thousands of miles across the ocean from home when he crashed the plane. Now stranded is a relative term, the island was Hawaii, and I could only be less stranded while being on a desert island if I was in Australia. But that is where I received the parcel of hate that he chose to deliver to my meme mailbox, that elephant part of your brain that never forgets, yet we call it the hippocampus. That would be a crowded university. And knowing I needed to fly home with my 2 daughters, ages 3 and 5, in less than a week meant I was going to binge watch the entire miniseries, ping ponging between a fox and a cnn. And while it was a mystery on TV, for me, I knew early why he turned a plane and 150 living, breathing, loving, people into a Jackson Pollock painting on the side of a valley of death. He loved to fly and he hated to be sad. And he loved what he loved, in his mind, more than you love what you love. He made a calculation that since he could not complete his bucket list, neither could 150 people that contributed to his sadness in no way, so he exchanged a b for an f and practiced relaxation exercises so no one would think he was scared, for about 8 minutes.

There is no such thing as clinical depression, there is the depression your doctor diagnoses you with, and then there are the diagnoses we give ourselves. And it is different from sadness. Depression sucks, its worst feature is not the rewallpapering of your mind into a room you never want to be in, yet you are afraid to leave, because it’s even worse out there. The worst feature is after a while you want to die, but your body still thinks it’s its actual age. So then you get suicidal. And here is where your personality finally gets a say. How do you want to kill yourself?

My first experience with suicide happened about 20 years ago when my friend told me he came home to find his pilot father hanging in the bathroom and my mind went blank after that. There are some sentences you hear in your life, cnacer is one of them if you have read my only other essay since 1990, that act like instantaneous rohypnol is coursing through your brain. When I came back online and processed the story, I learned that if you have depression and you are a pilot, you are likely to lose your career. And if you have depression but it is well controlled on an antidepressant medication, you are likely to lose your career. And that is the secret that they struggled with.

You may argue that there are selfish sides to suicide like there are selfish sides to suffering, but there certainly are more and less selfish ways in how you go about actually ending your life. I realize to him, the pressurized cockpit of the mask of happiness was becoming overwhelming. And I see him that morning, sitting in his kitchen drinking his last coffee shredding the doctor’s note excusing him from school that day even though he finished his homework, because he is not good enough. And as he’s tearing the paper into little bits he’s thinking about shredding the plane the same way, along with the meat luggage of strangers he doesn’t care about. He’s not enough of a man to be a pilot as if gender matters, but that gives him permission to be weak in his mind, the next domino is cowardice and then tragedy.

It’s the mask that we really have to worry about, the mask that helps us hide from the stigma. We wear it so we are not judged, or perhaps have our very childhood dreams that began gliding free as a teenager dreaming to have a powerful engine, only to be dashed like salt and pepper going 500km/h on the side of a hill. I want Marty McFly to appear so we can go back, and I can talk to Lubitz, so we can avoid this feeling of hate that he has projected into me, his last tantrum in a world where he did not get all the toys that he wanted, so he took his plane away. I want to meet all the people that he killed and tell them not to fly that weekend, or to live their life like they are going to die at 35, or soon after 35000ft. I want to tell him not to usher down the aisle of his mind the villain who is to take the final curtain call of his polymorphous perverse existence. Not him, not now.
But what I really want to tell him is that I know he was suffering alone. And I know there are narcissistic aspects to depression and even suicide. And that he does not have to lock himself in the cockpit of his life, but rather, stand up and say, I am a pilot, and I have Depression. And I don’t like how it steals my very ability to find joy and meaning in my life so I have chosen to have it treated. And if my doctor tells me I need time off to heal from an episode, then, just like every other illness, I have that right, without the fear that my job is on the line. Because I don’t want to be a suicidal pilot. Simon Trepel, MD 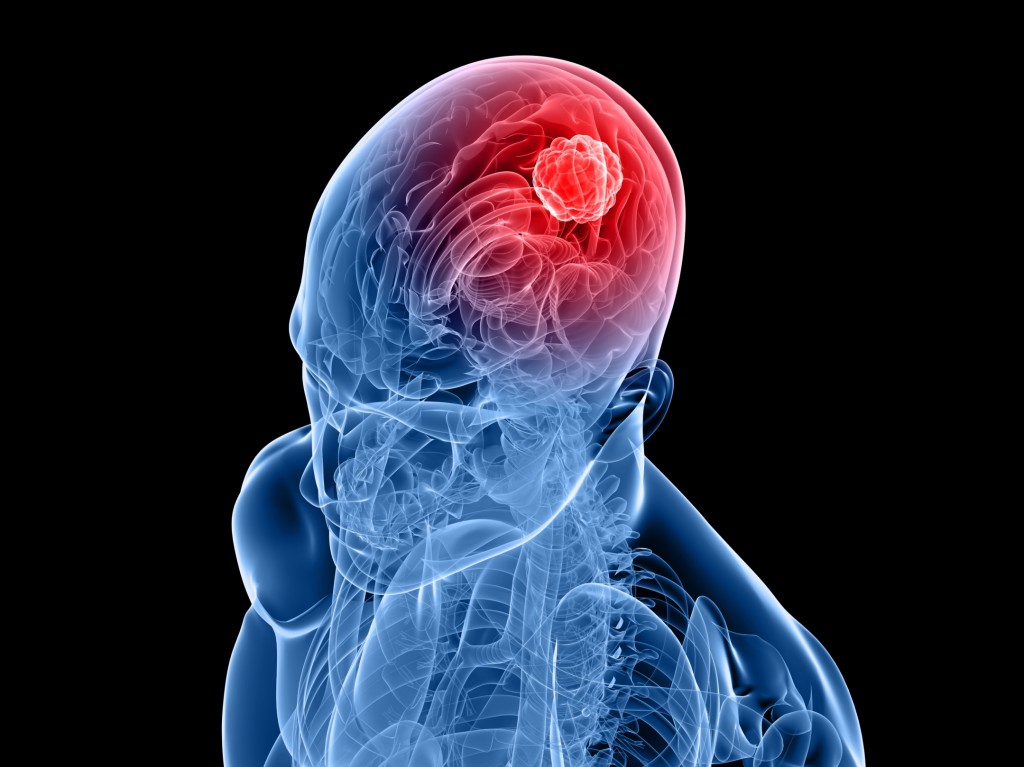 The following piece is by my first guest blogger Dr. Simon Trepel MD, FRCPC whom I have known most of my life and am delighted to present his work here.  Simon is a Child Psychiatrist who has been touched by cnacer and has written a fascinating and touching piece below.

My wife, Kerri Tymchuk, died a bit over 2 years ago, at age 35, from metastatic breast cnacer. She left behind a loving husband and 2 beautiful daughters, ages 1 and 3, at the time of her death, at the claws of cnacer. I still can barely look at that word, or give it the decency of either spelling it correctly, or ever capitalizing it again. I remember having a similar reaction as a naive young child learning about the Jewish faith, and having a hard time with the word Jesus, as I could not reconcile a Messiah to come with one who had already come. Since then, Jesus and I are fine, and I am getting along well hoping for another. My point was that the word cnacer, to me, has become so strong, its power rivals the very existentialist crisis I had as a young boy.

The reason I am telling you this, is because anything relating to cnacer now sets off alarm bells in my head, as if my mortal enemy has mutated in rage again. I feel fear, and remember Kerri. And I whisper to her that she will be avenged when we learn which types of silver bullets work best on this beast that steals lives in every phase of the moon.

So I was captivated to learn on 60 minutes that there is a physician and research team that has seemingly discovered a possible miracle breakthrough in treating a very specific and deadly brain cnacer, called glioblastoma, or gb for short, spelled correctly. It seems that Dr. Annick Desjardins and the Duke cnacer Research Team have found that if you inject the polio virus directly into even the most aggressive gb tumors, the tumors replication, or ability to make unlimited copies of itself, is permanently stopped. It’s like unplugging cnacer’s Xerox machine. Once that happens, the polio virus then wreaks havoc in the gb cells themselves, and over the weeks and months to follow, your immune system beats up the schoolyard cranial bully until there is NOTHING LEFT.

Well, this got me thinking a bit about what we can do to potentially protect ourselves even better, in case we ever get gb ourselves, or it occurs, heaven forbid, in one of our children or extended family. The speed at which the cnacer cells in gb are destroyed depends on the immune system of white blood cells and other special cells. Some of these immune cells remember very well the viruses that egged the front porch of our face with a head cold or caused pneumonia or fever. If that same bacteria or virus comes around again, the immune system is exponentially better at mounting a response and ending the illness much quicker. The immune system also has the ability to recognize and destroy cnacer cells. Most cnacers are tricky, and go unnoticed in your body, wearing a disguise with a name tag that says ‘please look away while I kill you’. Incredibly, the polio virus, once it affects gb cells, seems to pull the mask off, and once this occurs, your own personal secret service, the immune system, rushes in, and blasts the cnacer dead like 007 (at least so far in the more than dozen formerly terminal patients who have responded to this form of treatment) .

The punch line of this short essay is to say that right now, you have the ability to potentially greatly improve your chances of surviving cnacer! At the very least, this breakthrough has been demonstrated in a highly malignant (able to double in size every 2 weeks) form of cnacer. If infecting other types of cnacers in a similar way, or with a different virus, also works, we may have a bona fide potential cure for cnacer on our hands. And our loved one’s can stay longer to live their lives.

This is not an infomercial for a new tropical berry juice or something that Jenny McCarthy is going to like. Getting immunized as a child with the regularly scheduled polio vaccination causes your immune system to recognize and destroy ANY cell (including cnacer cells) that have been infected with polio. Your immune system will respond more efficiently and faster, compared to never being immunized against polio. If infecting other types of cancers shows the same result, you may immediately get a huge head start on your future cnacer treatment by ensuring that you and your children are immunized according to the Health Canada Vaccination Schedule. For those anti vaccination people out there, at least consider the polio one. Once you are vaccinated against polio, your immune system will act like it is on steroids (the Ben Johnson kind) and you will beat polio infected glioblastoma, or perhaps all cnacers, in a similar fashion.   Please think about it.