When is the optimal time to deliver a baby? Doctors in Denmark may have the answer! 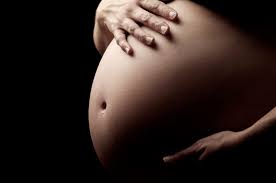 The answer to this question seems to be quite elusive!  In 2009 the American Society of Obstetricians and Gynecologists published a recommendation to avoid elective delivery of infants < 39 weeks gestational age.

Induction after 41 but before 42 weeks was advised, however due to the increased rates of complications after 42 weeks including mortality, asphyxia and complications of having a large infant to name a few.  This was also supported by the Cochrane Review on the same topic that can be found here: http://1.usa.gov/1E2aq8a

The decision to avoid elective delivery prior to 39 weeks was secondary to many published reports demonstrating that such deliveries had a higher chance of having babies born with complications, the most likely of which was respiratory distress leading to increased rates of NICU admissions.  That being said the incidence of asphyxia in the same group was lower than if one waited until a later gestational age.

Since that time, the recommendations have been to avoid these elective deliveries but a recent article has been receiving a lot of press that suggests we have it all wrong.  Outcomes may be better if one delivers prior to 37 weeks.

In this study from Denmark (published Feb 18th in the British Journal of Obstetrics and Gynecology) an enormous sample of patients (832935) over a ten year period were studied to determine outcomes for each pregnancy when one compared elective delivery prior to 37 weeks with c-sections or planned vaginal birth.  Despite an adoption in Denmark of the recommendations as outlined above from ACOG, the incidence of delivery prior to 37 weeks increased significantly.  What makes this article so sensational is that during this time the number of NICU admissions decreased in this cohort delivered prior to 37 weeks vs the expectant vaginal births. Concurrently the risk of cerebral palsy decreased, large babies decreased and also less nerve injuries after birth but strangely with an increase in the incidence of shoulder dystocia.  The original article abstract is found here:  http://1.usa.gov/1MXaE2U

Before I go on I feel the need to state the obvious. As a man I have no idea what it is like to be pregnant although I do know that as women approach and then pass the 37 week mark of their pregnancy, many are enamoured with the idea of giving birth ASAP.  I have no doubt there is an appeal to this research study explaining why so much press has been devoted to this paper.  It suggests an action that many women I believe would be more than happy to accept but is it the right way to go?

The short answer is I don’t know for sure.  The authors do a fairly good job of looking at variables that might have influenced outcomes such as maternal age, smoking rates, number of prior pregnancies etc but one has to question what variables may have influenced outcomes that were not measured?  Looking at a massive number of patients gives a robustness to the results but it also means that you have collected a sample over a large period of time.  Over a ten year period, practices can change, new technologies become implemented and new NICUs may be built all of which may account for an improvement in outcome over time.  This is not to say that the authors are not on to something here but it does give one reason to pause and question how one study can have such a different result than many others that have come before it.

I think that the authors in this case took the right path and acknowledge at the end of the article that more work must be done in essence to confirm the findings.  As a Neonatologist I am very interested to see if further work in the area will confirm these findings in a modern cohort.

If they do though will we have the capacity to deal with the increased number of admissions if it turns out they are wrong.  Only time will tell.