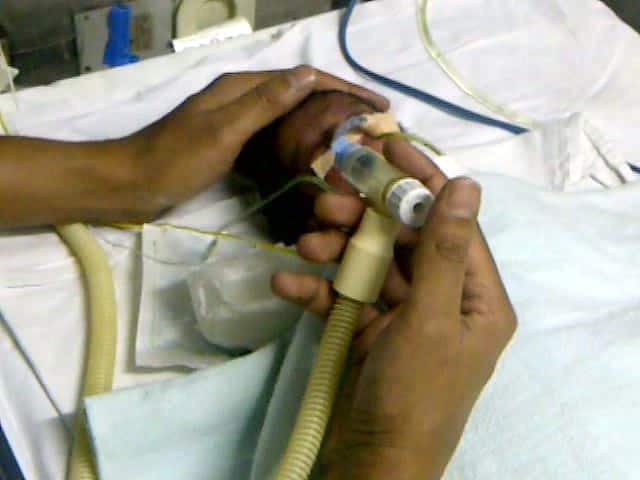 When looking at the rates of IVH and the severity of those affected the results are striking as shown in the table.  Hydrocephalus, following IVH developed in 7/49 (14%) and 2/16 (13%) in the >6 mL/kg and <6 mL/kg VT groups.  Looking at other factors that could affect the outcome of interest the authors noted the following physiologic findings. Oxygen saturations were lower in the low volume group at  6, 13 and 14 min after birth while tissue oxygenation as measured by NIRS was similarly lower at 7,8 and 25 min after birth (P<0.001). Conversely, heart rate was significantly lower in the VT>6 mL/kg group at 5, 20 and 25 min after birth (P<0.001). Fraction of inspired oxygen was similar in both groups within the first 30 min. Systolic, diastolic and mean blood pressure was similar between the groups.  What these results say to me is that despite having lower oxygen saturations and cerebral oxygen saturation at various time points in the first 25 minutes of life the infants seem to be better off given that HR was lower in those given higher volumes despite similar FiO2.  Rates of volume support after admission were slightly higher in the high volume group but inotrope usage appears to be not significantly different.  Prophylactic indomethacin was used equally in the two cohorts.