NEC & Anemia: Is the truth out there? 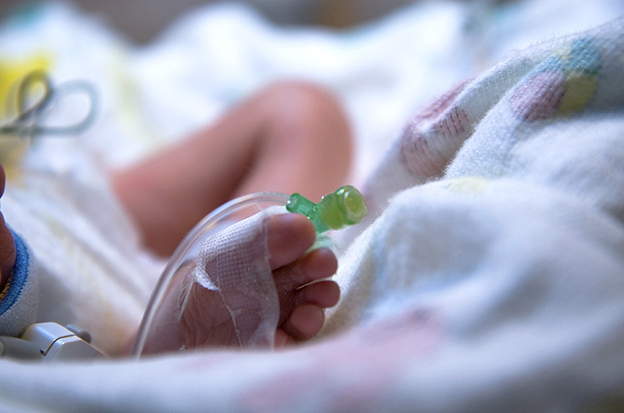 A debate broke out recently at one of our rounds when someone asked whether a recent case of NEC was possibly related to a transfusion that a baby received.  Much has been written about Transfusion Associated Necrotizing Enterocolitis (TANEC) with the pendulum swinging back and forth between it existing as a real entity or simply being an association that is not causative in the least.  Using one of my favourite sources, a retrospective analysis of the Canadian Neonatal Network database found no difference in mortality or morbidities for those who had a transfusion and NEC vs those without. Despite this we continue to see those who “hold feeds” for a few hours prior to transfusion and then resume them a few hours later.  Why does this happen?

Those who hold feeds argue that in Neonatology we hold feeds for far less.  Furthermore, what is the harm?  If a baby develops NEC within 24 hours of a transfusion and we held the feeds we feel we have done all we could.  If a baby is fed and develops NEC we are left asking “what if?”.  The purists out there would argue the contrary though, that the evidence is not strong enough to support the practice and may require the insertion of an IV which is a painful procedure and places the infant at risk of infection from one or more skin breaks.  Additionally, does the interruption of feeds potentially alter the microbiome of the patient and with it risk potential downstream consequences. In case you are wondering, I have tended to sit on the side of holding a feed although more often when I am asked about it than ordering it upfront.  The fact is I just don’t know.  The evidence has never been solid in this regard but it is hard to ignore the possibility when you have been bitten once or twice before (whether it was causative or not!).  I doubt it really exists but then again what if there is something there?

It May Not Be The Transfusion But Anemia Itself

A recent paper Association of Red Blood Cell Transfusion, Anemia, and Necrotizing Enterocolitis in Very Low-Birth-Weight Infants may have found a possible explanation to the ongoing debate.  Research papers associating transfusions with NEC may all have one thing in common in that they have not been able to prove causation.  When you have many papers finding the same thing it leads medical teams to begin to believe there is causation.  Something else may be at play at this paper suggests another association which again may not be causative but at least in my mind is perhaps biologically plausible.  It may be that those patients who are transfused when their hemoglobin is below a threshold of 80 g/L are at increased risk of developing NEC rather than all patients transfused.

This study was a secondary analysis of a prospective study on transfusion transmission of cytomegalovirus in preterm infants < 1500g.  The authors chose 80 g/L as a cutoff based on previous studies suggesting this threshold as an important one for transfusion practices. Forty eight out of 60 eligible infants developed NEC and it is from this 48 that multivariable analysis sought to identify factors predisposing to the outcome in question of NEC.  The factor with the greatest hazard risk for NEC was severe anemia in a given week with an approximate 6 fold risk (range 2 – 18) while receiving an RBC transfusion in a given week of life did not meet statistical significance.

What does this mean?

Before embracing the result and concluding we have the answer we have to acknowledge the authors have gone on a fishing expedition of sorts.  Any secondary analysis of a study that is done carries with it some words of warning.  There may be variables that were not controlled for that are affecting the results.  As well when looking at many many variables it could be by chance that something or several things come up by chance.  Lastly it may be that again there is nothing more than an association here at play.  Having said that, there is some biologic plausibility at least here.

So imagine we have fewer RBCs carrying as much oxygen as they can but eventually you cross a threshold where there is not enough O2 being delivered at the tissue level and the RBCs become lodged or perhaps sluggish as they move through capillaries of the intestines. Add to this that NEC occurs in watershed areas most commonly and you have the potential setup for NEC.

Can we use the results of this study?

I suppose statistical purists out there will argue that it is merely an association.  The fact remains that there are many people who are holding feeds for varying amounts of time despite the lack of conclusive evidence that TANEC exists.  I wonder if a middle ground might be to be more cautious and restrict such practice to those with low HgB values below 80 g/L as the authors here have found.  To me at least there is biologic plausibility as outlined above.  It would seem to me that to hold feeds for all babies is excessive and likely without evidence but could the threshold actually matter which it comes to oxygen content.  Given that NEC is a condition related to ischemia, the authors here have provided another association that makes me at the very least scratch my head.